Cape Canaveral Man Arrested For Shooting Another Man In The Face 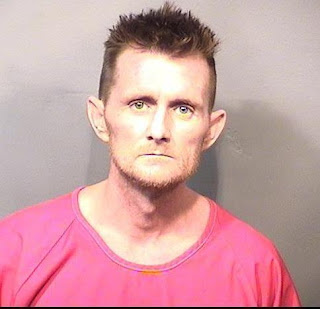 Sheriff's investigators determined that a verbal dispute became physical involving the suspect, identified as 36-year-old William R. Scott, of Cape Canaveral, and an male victim whose identity was not released by the Sheriff's Office.  The situation deescalated for a brief period, and then as Scott began to leave, the victim began hitting Scott’s vehicle with his hands. While sitting inside the vehicle, Scott fired one round from his handgun, hitting the victim, investigators say. The victim was transported to an area hospital with non-life-threatening injuries.

Scott was later taken into custody and charged with Aggravated Battery by Sheriff's deputies.

The Sheriff’s Office is asking that anyone who may have information about this incident to please call Agent Chris Neel of the Brevard County Sheriff’s Office Canveral Precinct General Crimes unit (321)868-1113 or CRIMELINE at 1-800-423-TIPS (8477), or you can also visit http://crimeline.org/, or text ‘crimeline’ plus your tip to CRIME (274637). All information to CRIMELINE is confidential and you may be eligible for a reward.
Labels: Cape Canaveral