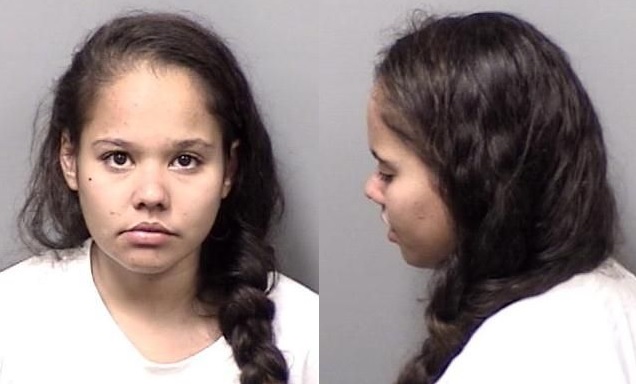 CITRUS COUNTY, Florida - A 25-year-old Florida woman was arrested after she allegedly drank a half bottle of wine and ate a rotisserie chicken while driving a motorized shopping cart inside a Walmart in Lecanto, Florida.

According to the Citrus County Sheriff's Office arrest affidavit, Josseleen Elida Lopez was first observed by Walmart security when she began acting suspicious inside the store while driving a motorized shopping cart with a half empty wine bottle inside the cart.


After sampling the sushi, mini muffins, and cinnamon rolls, Lopez then went on to consume the majority of a rotisserie chicken, according to the affidavit.


After Lopez was taken into custody, deputies discovered two empty syringes in her purse that she allegedly admitted were used for meth.


Lopez was charged with possession of drug paraphernalia and retail theft of the rotisserie chicken, cinnamon rolls, sushi, mini muffins, two bottles of Sutter Home wine, and sauce that totaled $32.36.