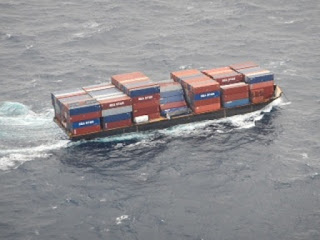 
The Colombian coffee cans strewn along the beaches in Indialantic and Melbourne Beach, Florida are suspected to have come from containers that fell overboard from a barge on Sunday which had left Port Canaveral, Florida and was bound for Puerto Rico.

The Capt Latham tugboat was en route to Puerto Rico as it tugged the Columbia Elizabeth barge when crew members noticed several cargo containers hanging over the port side of the ship and believed that more had fallen into the water while in transit. The Capt Latham then diverted to Port of Palm Beach.