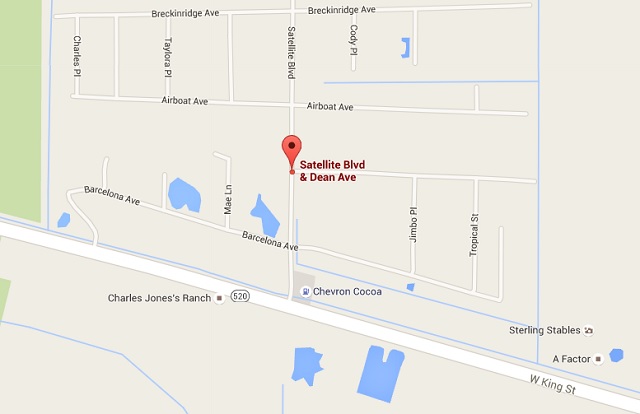 COCOA, Florida - After receiving an anonymous tip, Florida Highway Patrol troopers have located a 1998 Jeep Cherokee believed to be the vehicle involved in a hit and run crash where a pedestrian was killed in unincorporated Brevard County near Cocoa, Florida.

The tip came after FHP released a description of the suspected vehicle to the media on Wednesday. Troopers say that the vehicle has left front damage consistent with this crash.

The Jeep has been secured by FHP and will be processed to confirm through physical evidence (which will be sent to the Florida Department of Law Enforcement) that this is in fact the vehicle involved.

At this time, due to an ongoing investigation, FHP is not releasing the location of where the vehicle was found.

According to FHP, the 39-year-old Jason Rodeghier of Cocoa, Florida was jogging southbound on Satellite Boulevard. At a time yet to be determined, Rodeghier was struck by a vehicle. Rodeghier then came to a final rest in a nearby ditch.

Rodeghier was found deceased just after 7:00 am on Monday morning by Brevard County Sherif's deputies on the side of the road near the intersection of Satellite Boulevard and Dean Avenue. Brevard County Fire Rescue crews were then called to the scene. After it was determined that Rodeghier was deceased rather than unconscious, FHP troopers were called in to investigate.