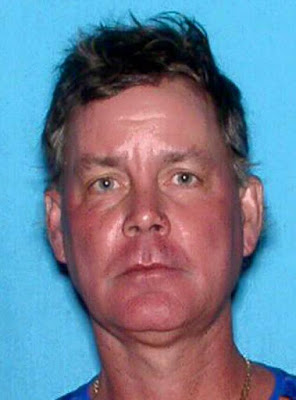 PALM BAY, Florida - The Brevard County Sheriff’s Office GAMEOVER Task Force and the United States Marshal Service arrested 51-year-old David Wayne White of Malabar, Florida, who had an active warrant for arrest for lewd and lascivious molestation against a child.

The Brevard County Sheriff’s Office GAMEOVER Task Force has agents assigned to the United States Marshal Service who were working together to track White who had fled from Florida and was attempting to enter Mexico to avoid apprehension. As a result of their efforts, Task Force members located White at a motel in Texas where he was arrested without incident and transported to a local jail. White is being held on a $750,000.00 bond and is awaiting extradition back to Brevard County, Florida.

The investigation into White began in February 2016 after a child reported that White had engaged in inappropriate activities while spending the night at White’s Malabar residence. Agents with the Brevard County Sheriff’s Office Special Victim’s Unit conducted the investigation and determined that White, who has been a long time basketball coach with the Palm Bay Youth Basketball league, would frequently host sleepovers for his team members and friends of his own children.

Due to the nature of David White’s alleged activities, the Sheriff’s Office is concerned that there may be other victims who have yet to be identified. Agents are asking anyone who has information concerning White to please call Agent Mary Adams of the Brevard County Sheriff’s Office Special Victim’s Unit at 321 -633-8419 or CRIMELINE at 1-800-423-TIPS (8477), you can also visit http://crimeline.org/, or text ‘crimeline’ plus your tip to CRIME (274637). All information to CRIMELINE is confidential and you may be eligible for a reward.
Labels: crime Palm Bay