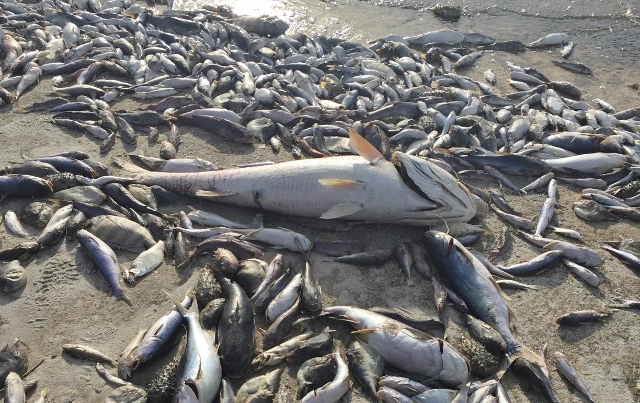 COCOA BEACH, Florida -­ A local group of activists are going to host a public demonstration to help bring public awareness that the Indian River Lagoon is in trouble following the recent fish kills spurred by rampant algae blooms during the past four months.

“Amazingly some still have no idea of the situation we have been in for years. As this rapid decline continues, it’s up to those of us that care to get the word out, and these rallies are extremely effective at that,” stated one organizer.  "Thousands of fish are dying in the Indian River Lagoon, and these deaths are a serious problem for the health and livelihood of the people of the state of Florida, both now and in the future."

Organizers expect hundreds to attend the rally that will last from approximately 1 PM to 6 PM on Saturday, March 26, 2016, at the intersection of State Roads 520 and A1A in Cocoa Beach, Florida. Organizers say that the major goal of the rally is to raise awareness of the seriousness of this issue of the fish kills.