Infantini: Indian River Lagoon Is Not A Right Or Left Issue 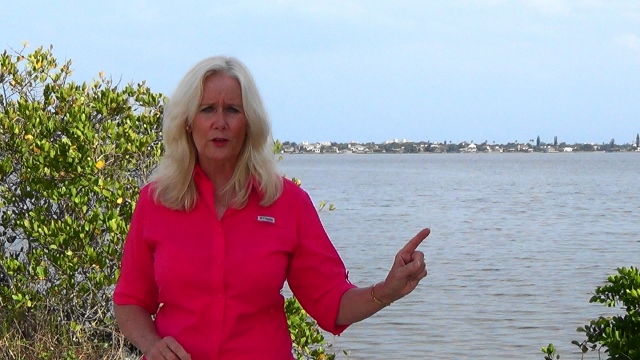 BREVARD COUNTY, Florida - Brevard County Commissioner Trudie Infantini has placed on the agenda for Tuesday's Brevard County Commission meeting an item requesting that Florida Governor Rick Scott declare a State of Emergency following a massive fish kill in the Indian River Lagoon where tens of thousands of fish, crabs, and other marine life have died in less than a week.

Commissioner Infantini is also requesting that the Brevard County Board of County Commissioners identify the Indian River Lagoon as the County's number one priority.

"You've gotta think that this march to the left and becoming a tool of the environmental nut jobs is all to do about Trudie's campaign and trying to draw people to vote for her for Clerk of Courts," said Mick. The radio host accused Infantini of "pandering to the left" and suggested that she leave her grandchildren on University Boulevard [in Melbourne] at 1 a.m. if the Indian River Lagoon is really the County's number 1 priority.

Citing a FLORIDA TODAY article, Mick said that Palm Bay Mayor William Capote - a Democrat who supports Hillary Clinton - was "seemingly the only voice of reason on this issue" at a Space Coast Tourism Development Council meeting because Capote warned other TDC members not to use such harsh language as "State of Emergency" because the bad publicity may have a negative affect on Brevard County's tourism.

"It's not a left issue or right issue. We're looking at an economic, environment, and public safety [issue]," Infantini said. "Those three things are not pandering."

Infantini noted that if Governor Scott declared a State of Emergency, that would free up state funding and local permitting to hasten improvements to the Indian River Lagoon.

The meeting is scheduled to start at 9 a.m. on Tuesday, March 29, 2016, at the Government Center in Viera, Florida.