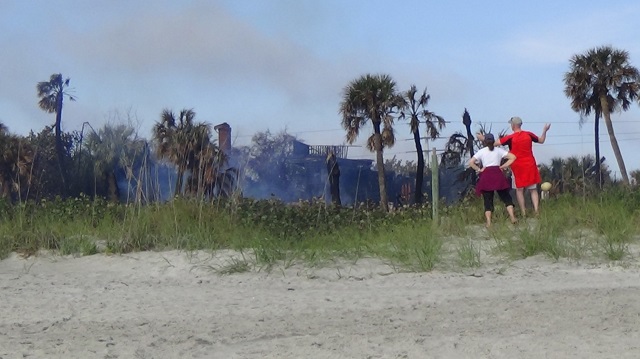 When Cocoa Beach firefighters arrived at the scene, the 10,000 square foot home made mostly of wood was fully engulfed in flames. A call then went out for mutual aid from the Cape Canaveral Fire Department followed by responses from Brevard County Fire Rescue and the Patrick Air Force Base Fire Department. Fire crews fought the blaze with a defensive attack to protect exposures and to contain the fire using large hand lines and elevated master streams.

A total of 6 fire engines, 2 ladder/tower trucks, 2 fire rescue units, 7 Chief Officers, and 1 Air Truck were used to extinguish the fire. Fire Command was able to give a “Fire Out” at approximately 1 a.m. with the continuation of mop up operations and checking for hot spots throughout the night.

Northbound traffic on State Road A-1-A was detoured from 4th Street South to Brevard Avenue due to fire operations between 3rd and 4th Streets South. The road continues to remain closed so that Cocoa Beach Fire Department crews can continue to water down the hot spots in the smoldering remnants to prevent flare-ups. Northbound A1A will remain closed until the scene is deemed safe, according to Cocoa Beach Fire Chief Ryan Duckworth.

The State Fire Marshall is on scene and working with Cocoa Beach Fire Department Fire Marshall Mark Amaral to investigate what started the inferno.  There is no time frame as to how long the investigation will take, but crews are working to get the scene safe for investigators to begin their task and to get northbound A1A re-opened, Duckworth stated. 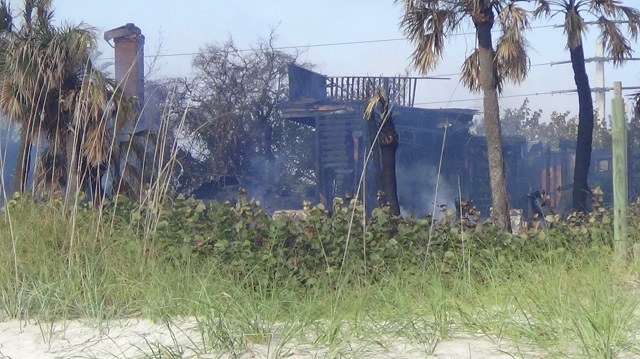