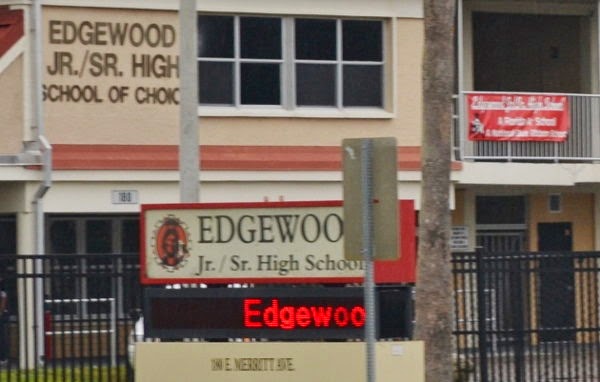 Two of those Brevard County high schools, both schools of choice, were among the top 100 high schools in the U.S.

The top-scoring Brevard County school was Edgewood Jr./Sr. High School in Merritt Island, Florida which ranked 30th nationally, 4th in the State of Florida, and the top high school in Central Florida.

West Shore Jr./Sr. High School in Melbourne, Florida also made it into the top 100 high schools, ranking 54th in the U.S. and 8th in the Sunshine State.

Bayside High School in Palm Bay, Florida ranked 133rd in Florida and Titusville High School came in at 146th in the Sunshine State.

Step 1: The first step determined whether each school's students were performing better than statistically expected for students in that state.

Step 3: U.S. News introduced a new Step 3 to the methodology for the 2016 rankings. Schools now have to meet or surpass a basic benchmark for their graduation rate.