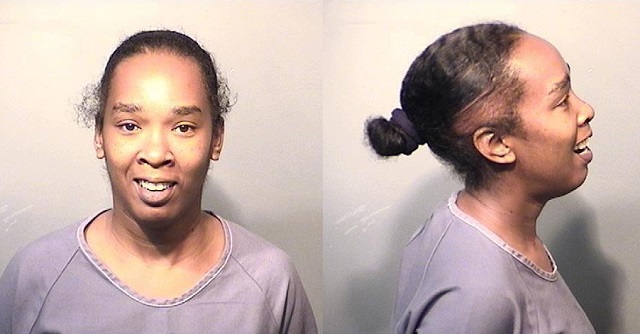 Police say that the preliminary investigation revealed that the teen was shot at approximately 5 a..m. that day. But that his mother did not get him medical attention until approximately 9:15 a.m.

After further investigation, it was revealed that the teen has an extensive criminal history involving a previous shooting incident and multiple property crimes.

According to police, the boy's mother had knowingly allowed her son to attend a party the night before the shooting, even though he was an adjudicated delinquent under the restriction of community control (probation) for aggravated assault with a deadly weapon, burglary, and vehicle theft.

Titusville police later arrested Latasha Lanette Staley, 35, of Titusville on Wednesday. April 13th,  2016, at approximately 10:45 a.m., and charged her with child neglect - a third degree felony - and contributing to the delinquency of a minor which is a misdemeanor.

Staley allegedly told investigators that had she known law enforcement would be involved, she would not have taken her son to the emergency room. Staley was transported to the Brevard County Jail in Sharpes, Florida. Staley's bond has been set at $2,500, according to jail records.
Labels: crime Titusville