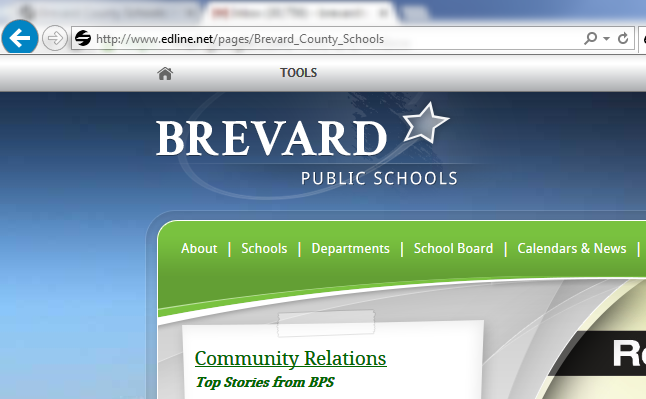 Two teachers, who were running for leadership positions in the Brevard Federation of Teachers union, raised concerns about slow internet disrupting classroom instruction in a FLORIDA TODAY article that was published on the union's election day.

However, Brevard Public Schools had already completed plans and contracts to improve the District's network infrastructure and increase internet speeds that will be up and running by July 2016, according to BPS Information Technology Director, Thomas Fitzgerald.

Currently, high schools have speeds of 100 mbps but are often at 90% capacity because the District's Wide Area Network (WAN), which includes all 83 schools, is saturated with streaming video and other online classroom instructional materials, online testing, grade uploads to Edline, and thousands of teachers and students accessing the network with their smartphones.

But thanks in part to the half-cent sales tax, the network equipment and wiring is being upgraded at the schools and the District's entire network have an increased capacity from 3 gigabits to 5 gigabits. The District is also taking advantage of the Federal Communications Commission's E-Rate program that subsidized 40% of the costs with federal funding.

The current upgrades underway are intended to have capacity for the next 20 years as bandwidth capacity grows in the industry.
Labels: Brevard County Public Schools