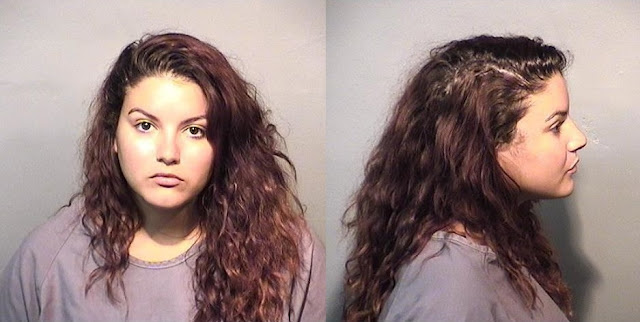 BREVARD COUNTY, Florida - A Palm Bay woman has been charged with DUI manslaughter in the fiery I-95 crash that left 10 injured and one person dead around 4 a.m. on November 1, 2015.

Then 22-year-old Annette Marie Soto Diaz was driving a 2013 Mercedes C250 southbound on Interstate 95 in the inside lane. Meanwhile, Cynthia Tzoc of Rhode Island was driving a 2014 Toyota Camry ahead of the Mercedes.

Both the Mercedez and Camry came to a final rest in the inside southbound lane in a dark area of the roadway. The right front passenger in the Mercedez, 24-year-old Llasmyna Iris Rios of Palm Bay, then opened the door and attempted to exit. As she was trying to exit the vehicle, a 2015 Dodge Dart driven by 25-year-old Karthik Raju of Melbourne, Florida came along in the same lane.

Raju saw the crash in the roadway and took evasive action by applying the brakes and steering to his right, but was unable to avoid a collision. That's when the front of the Dodge struck the right side of the Mercedes.

Following this collision, the Dodge traveled to the right shoulder and came to rest facing in a southwesterly direction. After coming to final rest, the Dodge caught fire. But all of the occupants were able to safely exit the Dodge.

After several months of investigation into the crash, FHP troopers arrested Annette Marie Soto Diaz on May 25, 2016 and charged her with DUI manslaughter, five counts of DUI with property damage or personal injury, vehicular manslaughter, and reckless driving. She was booked into the Brevard County Jail where she is being held on a $63,500.00 bond, according to court records.

Soto Diaz was a driver in another fatal crash that occurred earlier on the day of her arrest (May 25, 2016). According to FHP, she was not under the influence when yesterday's fatal crash occurred.