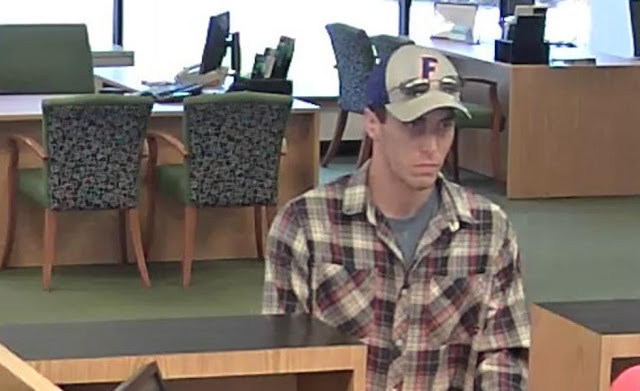 TITUSVILLE, Florida - Titusville Police responded to a a bank robbery that occurred at approximately 2:30 p.m. on Sunday, May 22, 2016, at the TD Bank located at 3285 Garden Street in Titusville, Florida.

Police say that a clean-shaven white male wearing a collared plaid shirt, blue jeans and a University of Florida baseball hat with the letter “F” logo on it entered the bank lobby. The robber was holding an envelope and removed a note from it. He then demanded only large bills and threatened the clerk with her life if she did not comply. The suspect left the business and fled the area in a champagne colored SUV that was driven by another unknown suspect.

Surveillance footage shows that the same suspect was at the Garden Street TD Bank on Friday, May 20, 2016, at approximately 6:00 p.m. He never approached the counter and remained at the withdrawal slip counter until he was asked to leave. Clerks escorted him out and observed him get into a champagne colored SUV.

TD Banks have been robbed four times in Titusville since 2012. With the exception of the latest robbery, all robberies have resulted in an arrest. This is the second time this particular bank has been robbed during that period. 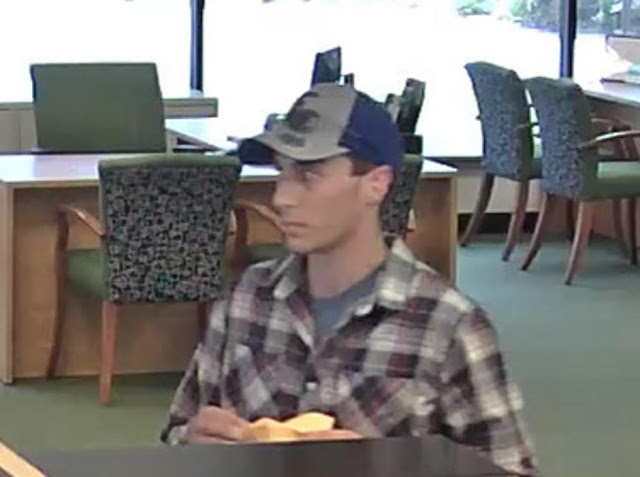 Titusville Police Detectives are asking for the community’s assistance in identifying the suspect. If anyone has information about this crime, please contact the Titusville Police Department at (321) 567-3962, or you can remain anonymous and be eligible for a reward by contacting Crimeline at 1-800-423-TIPS.