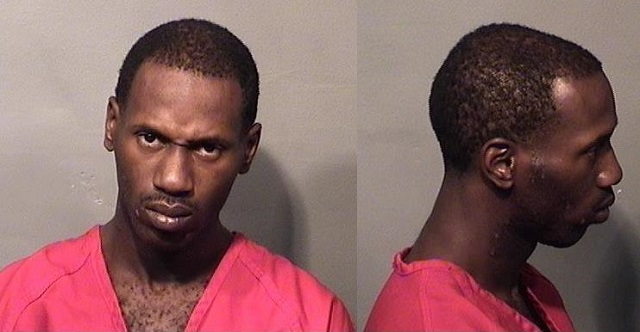 At approximately 7 p.m. on Friday, BCSO Agents apprehended 27-year-old William McKinley Skanes, III, of Titusville, who was wanted by the Titusville Police Department following an investigation of a domestic dispute, which included an aggravated battery, armed robbery and carjacking.

Task Force members located Skanes in the City of Titusville operating a silver Jeep and summoned the Sheriff's helicopter to assist in the surveillance. When agents approached Skanes, he rammed one of the Agent’s vehicles before striking a building as he fled. Agents gave chase based on the violent nature of the Forcible Felony charges and the current aggravated assault of law enforcement officers.

Agents then requested the assistance of Sheriff’s North Precinct Patrol Deputies and Titusville Police Officers to also assist in the apprehension. The Sheriff’s Aviation Unit maintained surveillance of the suspect who observed Skanes crash at the intersection of Main Street and Park Avenue in Titusville, at which time Skanes fled on foot. Skanes was then apprehended after a short foot pursuit with Task Force Agents.


The Titusville Police Department is investigating the crash that occurred during the pursuit and has additionally charged Skanes with: Reckless Driving, Leaving the Scene of an Accident with Property Damage, and Driving With a Suspended Driver’s License. A firearm was located inside the vehicle and the Titusville Police Department is now investigating the firearm as it pertains to this case.

Anyone with information about this incident is asked to please call Sergeant Alan Confreda at (321)633-7162, or CRIMELINE at 1-800-423-TIPS (8477), you can also visit http://crimeline.org/, or text ‘crimeline’ plus your tip to CRIME (274637). All information to CRIMELINE is confidential and you may be eligible for a reward.