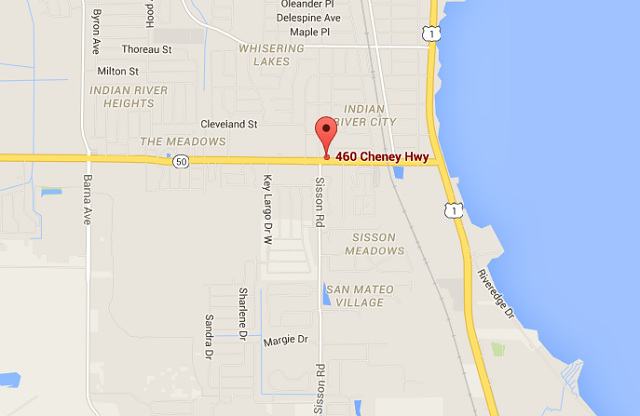 TITUSVILLE, Florida - At approximately 8 a.m. on Wednesday, June 8, 2016,  Titusville police responded to a report of a traffic crash with injuries involving two vehicles at the intersection of Cheney Highway and Sisson Road in Titusville, Florida.

According to a preliminary investigation my Titusville  police, a 77-year-old Titusville man driving a 1990 Lincoln Town Car attempted to make a left turn out of the Mobil gas station, located at 460 Cheney Highway, to head southbound on Sisson Road and was struck on the driver’s side door by a 2010 Dodge Charger heading westbound on Cheney Highway.

The impact of the crash caused the Lincoln Town Car to consequently hit a utility pole located in the northwest corner of the intersection. The 77-year-old driver was extracted from the vehicle, transported to a local hospital, and later died at 9:17 a.m.

The driver of the Dodge Charger, 28-year-old Caitelyn Clyrissa Bell of Cocoa, Florida was transported to a local hospital with non-life-threatening injuries.

Both drivers were the only occupants in the vehicles.