Crime Up 1.4% In Brevard County 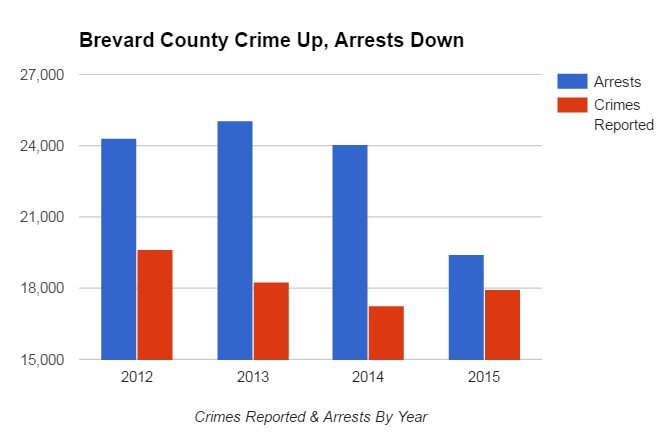 BREVARD COUNTY, Florida - Brevard County had more crimes reported and fewer arrests made in 2015 when compared to 2014, according to the Florida Department of Law Enforcement's Annual Uniform Crime Report released on Friday. 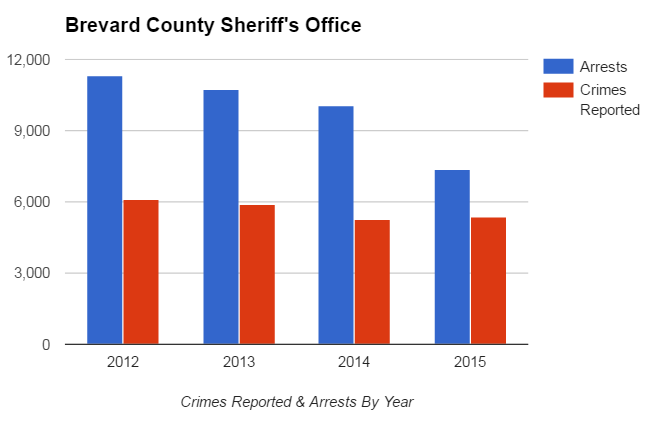 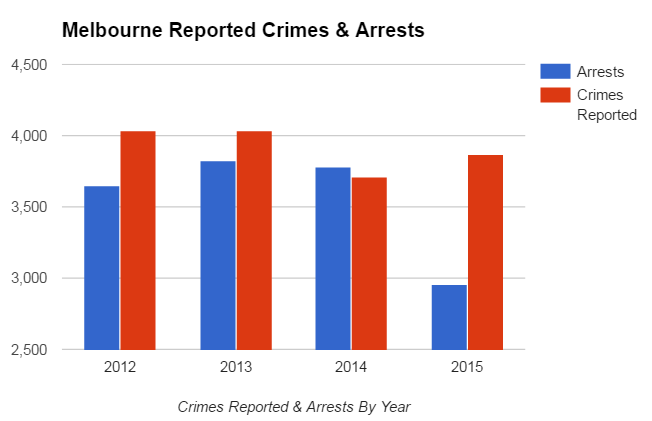 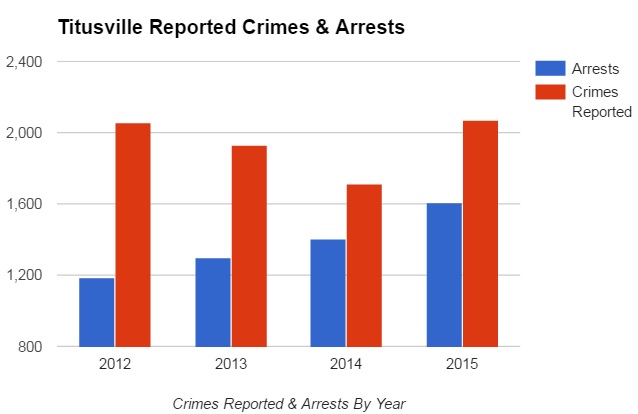 In contrast to BCSO and Melbourne P.D., the Titusville Police Department made 14.53% more arrests in 2015 than in 2014 while the number of crimes has remained virtually unchanged from 2012 to 2015. 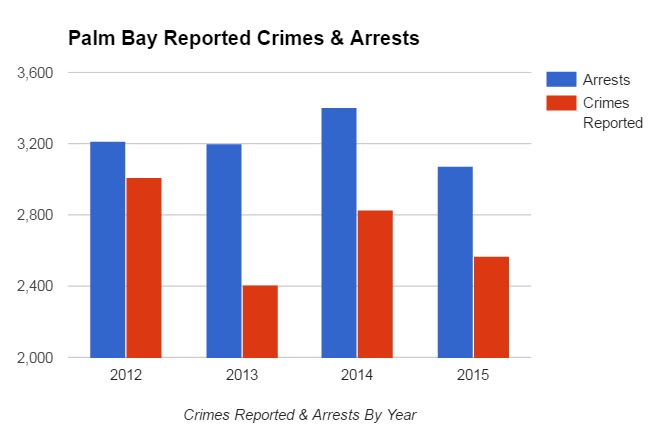 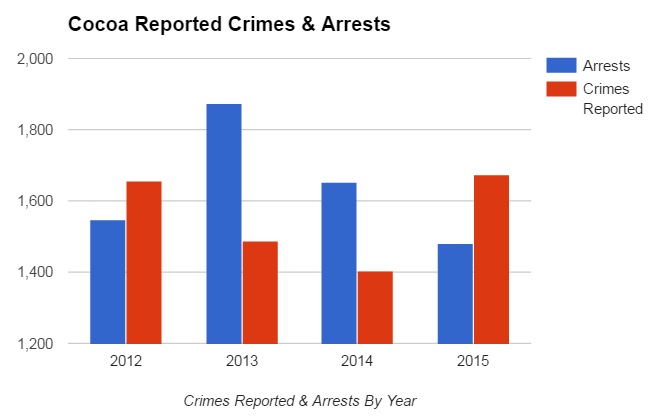 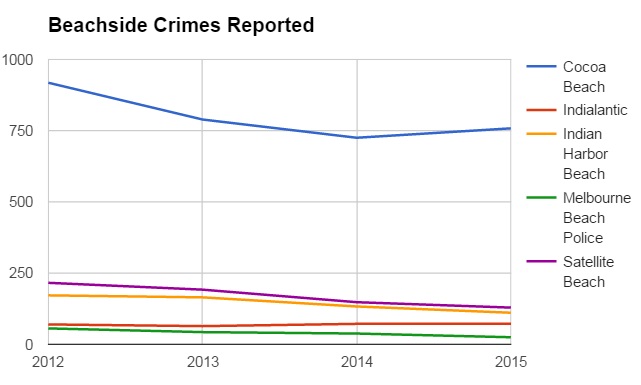 Small beachside towns on Florida's Space Coast have too small of a population for statistical significance, making year-by-year percentage comparisons unwarranted. All beachside towns have seen a general decline in arrests and reported crimes over the last four years.