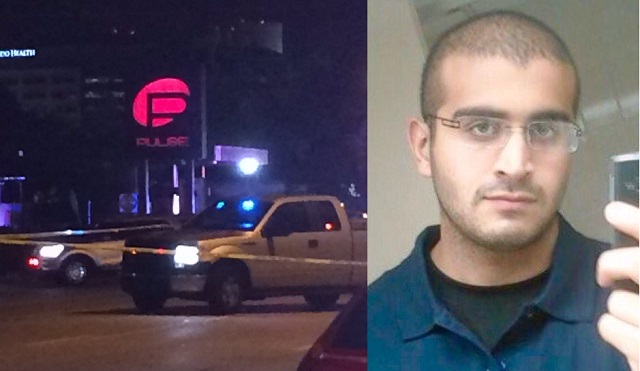 ORLANDO, Florida - While there is an ongoing debate among politicians whether Omar Mir Seddique Mateen's motives to commit a mass shooting at the Pulse nightclub in Orlando were based in Islamic extremism or a hatred for homosexuals, the two motives appear to have converged in a similar plot foiled by the FBI just four years ago in Tampa.
In September 2011, the FBI received a tip that  Sami Osmakac, a naturalized U.S. citizen who was born in the former Yugoslavia (Kosovo), was planning violent attacks in the Tampa area. The then 25-year-old self-radicalized Muslim extremist met with an undercover FBI employee to discuss acquiring an AK-47-style machine gun, Uzi submachine guns, high capacity magazines, grenades and an explosive belt.

Osmakac described his attack plans to the FBI employee by stating that he wanted to first obtain a hotel room. Then park a vehicle with the bomb in it outside MacDinton's, an Irish pub in the South Howard area of Tampa that he considered "the stomping grounds of sinners and homosexuals," the Tampa Bay Times reported. Osmakac planned to then leave the area; detonate the car bomb, and retrieve the weapons and explosives from the hotel room to take hostages at the Seminole Hard Rock Hotel & Casino. Osmakac ultimately planned to blow himself up with a suicide vest once surrounded by police.

Osmakac was arrested in 2012 and ultimately sentenced to 40 years in federal prison for the attempted use of weapons of mass destruction and possession of an unregistered fully-automatic firearm. During sentencing, the court held that:

"... the defendant intended a remarkably violent attack in this case, and he expressed glee on multiple occasions that he might be able to carry it out. Further, the defendant suggested multiple other targets and plans that he wished he could carry out, including with others. See, e.g., Govt. Trial Exs. 106.2 B at 2-3 (“even if it's in a gay night club, better a gay night club 3 or 4 hundred people go in there, [claps], I don’t care anymore ... "