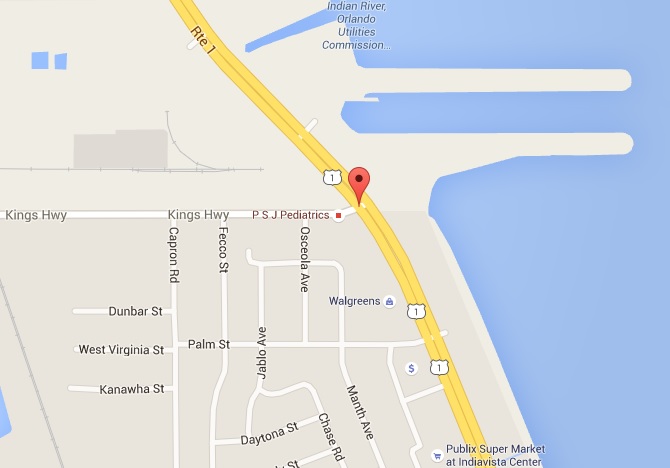 BREVARD COUNTY, Florida - The Florida Highway Patrol reported that a Titusville, Florida woman died as a result of injuries she sustained in a crash that occurred on Cocoa Boulevard (U.S. Highway 1) just before 6 p.m. on Saturday, July 23, 2016 near the intersection of Kings Highway in Port Saint John, Florida.


26-year-old Brittany Thornton was driving a 2005 Nissan 4-door northbound on US-1. For an unknown reason, Thornton failed to negotatate a curve in the roadway and traveled off of the road. The Nissan then struck a mailbox and a tree.

Thornton was transported to Parrish Medical Center in Titusville, Florida where she was pronounced deceased.

According to FHP reports, Thornton was wearing her seatbelt at the time of the crash. Toxicology tests are underway to determine whether or not alcohol was a factor in the crash which remains under investigation.
Labels: Port St. John Titusville