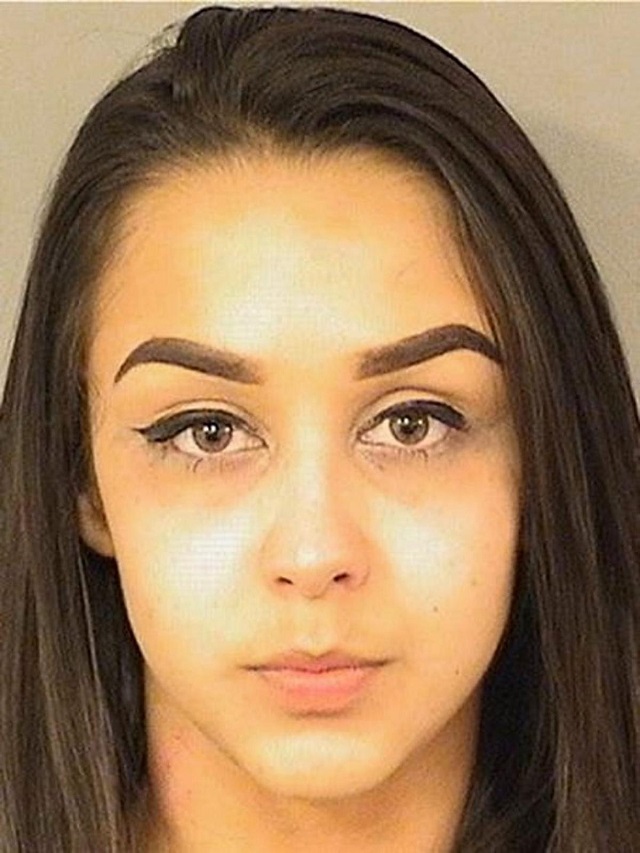 BELLE GLADES, Florida - A Florida woman who was only wearing a bra intentionally crashed her car into her boyfriend's truck following the couple's break-up, according to the Palm Beach County Sheriff's Office.

On Friday, July 8, 2016, the couple had just finished having sex when the boyfriend told 25-year-old Brianda Nayeli Ramirez of Clewiston, Florida, that he wanted to end their one-year relationship, the Palm Beach Post reported.


The 38-year-old man then left a naked Ramirez at her apartment and started driving to his aunt's house when Ramirez decided to chase after him. Ramirez later told responding deputies that she only had enough time to put on a bra before getting behind the wheel of her car to pursue her boyfriend.

When Ramirez caught up with her boyfriend on the road, she allegedly rammed her Ford Fusion into his Ford F-250. The impact caused the truck to flip onto its roof in the middle of the road and Ramirez fled the scene, reports WPBF Channel 25.

Ramirez told deputies that her boyfriend paid for her apartment and other living expenses and that she had no other source of income.

Ramirez was charged with aggravated battery with a deadly weapon and booked into the Palm Beach County Jail. She was release on a $7,500 bond the following day, according to jail records.