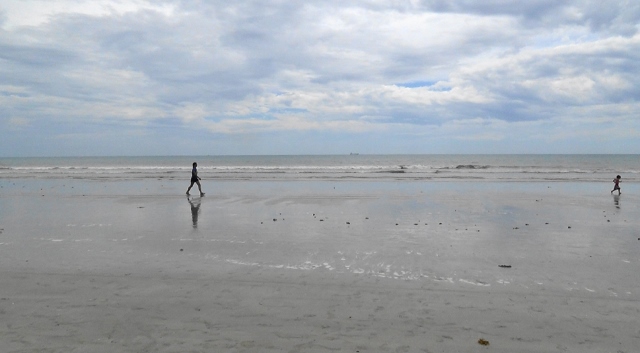 Around 6:30 p.m. on Sunday, July 31, 2016, Brevard County Fire Rescue crews and the Kennedy Space Center Fire Department responded to reports of an injury at Playalinda Beach. When crews arrived, they discovered that the conjoined twins had suffered possible cervical injuries.

A medical helicopter was called in to transport the 12-year-old girls suffering from the neck injury to the hospital. At first, there was concern that the two could not be transported because they are conjoined at the head. However, both patients were ultimately taken in the helicopter.

As the above photo shows, ocean conditions on Sunday were calm with breaking waves ranging from 2 to 3 feet.

According to BCFR, the family is visiting from out of state.