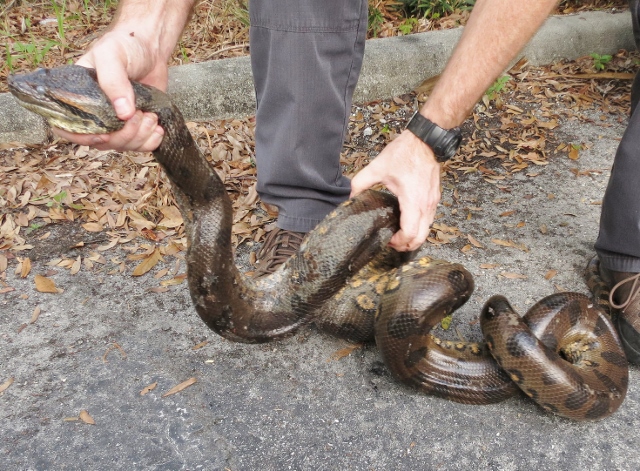 MELBOURNE, Florida - The Florida Fish and Wildlife Conservation Commission (FWC) and Brevard Zoo will hold an Exotic Pet Amnesty Day from 10 a.m. to 2 p.m. on Saturday, September 3, 2016, in front of the Nyami Nyami River Lodge at Brevard Zoo located at 8225 North Wickham Road in Melbourne, Florida.

Exotic pets can be surrendered with no questions asked. Every pet that is surrendered is inspected by a veterinarian, and all healthy pets are placed with pre-qualified adopters that same day.


The Exotic Pet Amnesty Program is an effort to reduce the number of nonnative species being released into the wild by exotic pet owners who can no longer care for their pets or no longer wish to keep them. Amnesty Day events are held around the State of Florida to provide the opportunity for people to surrender their exotic pets free of charge and with no penalties.


When exotic pets are released into the wild, they often become an invasive species that can harm native species, and endanger people and pets. Florida’s subtropical climate is one reason the state has the world’s largest number of invasive species. The State of Florida spends over $80 million a year to help rid the Sunshine State of these invasive species.

Two Green Anacondas, considered to be the largest snake species in the world, were found in the wild in Brevard County in February 2016 and December 2015.


Another invasive species that is spreading from South Florida into Brevard County is the Nile monitor lizard which can grow to over 5 feet long and weigh close to 15 pounds. The monitors are known in their native Africa to prey or scavenge for a variety of small animals, including domestic cats.