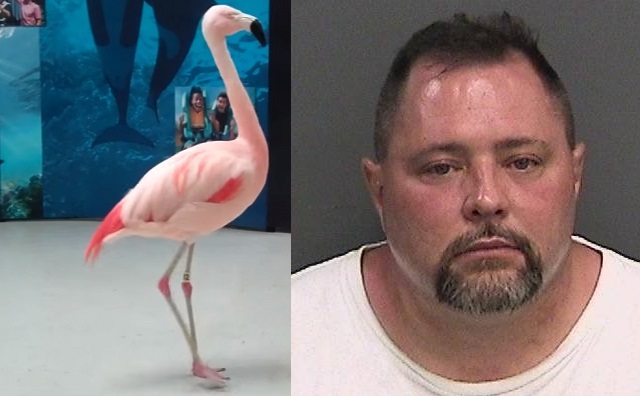 TAMPA, Florida - A Florida man was arrested after he allegedly seriously injured a flamingo at Busch Gardens in Tampa, Florida.

According to the Tampa Police Department, 45-year-old Joseph Anthony Corrao of Orlando, Florida was visiting the theme park with his family on Tuesday. While in the Jambo Junction animal viewing area, Corrao allegedly reached into an animal pen and picked up "Pinky" - a 24-year-old Chilean flamingo showcased by Busch Gardens for his dancing.

Police say that other park guests witnessed the 200-pound man throw the 8-pound flamingo to the ground. As a result, Pinky suffered serious injuries and had to be euthanized by veterinarians. Corrao was later arrested and charged with felony animal cruelty.

“SeaWorld will strongly urge prosecution in this case, and for any person who engages in this sort of cruel behavior towards animals,” said Joel Manby, president and CEO of SeaWorld Parks & Entertainment. “Pinky was a beloved member of the Busch Gardens Tampa Bay family, and she will be sorely missed. Our Ambassador team members are appalled by this incident, and I am sure they share my view that our state must have a zero-tolerance policy for this kind of cruelty.”

Corrao remains in custody on a $5,000 bond, according to Hillsborough County Jail records.