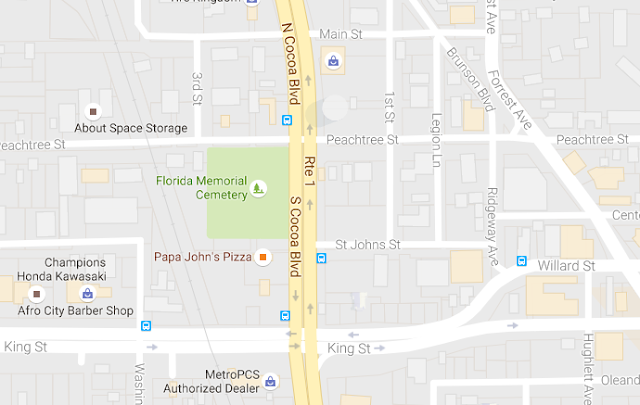 Just after 8 a.m., Cocoa police officers and fire rescue personnel responded to the intersection of Peachtree Street and U.S. 1 for a reported vehicle crash involving a van and a pedestrian.

When rescuers arrived, they discovered Nathan William Vandegrift located in the intersection with serious injuries. He was taken to the hospital in critical condition and later pronounced deceased at 4:02 p.m.

Police say that a Dish Network van was heading southbound on U.S. 1 when it struck Vandegrift who was on foot traveling eastbound on Peachtree Street.

According to multiple witnesses, the driver of the van ran the red light at the intersection and struck the pedestrian as he was crossing. The driver remained on seen and spoke with investigators.  The investigation is ongoing with possible charges pending.