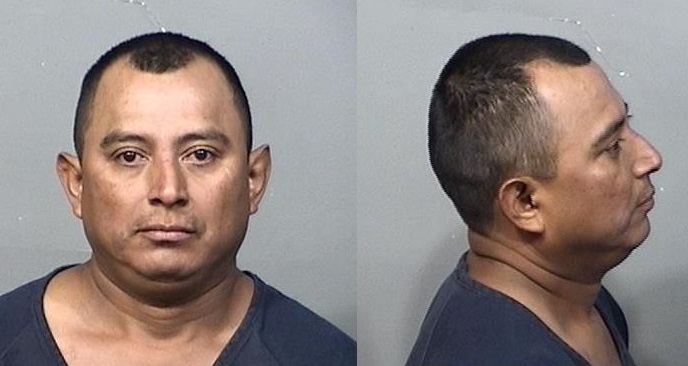 COCOA, Florida - A 41-year-old man has been arrested and charged with a felony count of lewd and lascivious behavior along with a misdemeanor count of battery after deputies say the man attempted to entice a 15-year-old girl from her bus stop to have sex with him.

Just before 8 a.m. on Tuesday, the student was walking to her bus stop when the man passed her and stopped and turned towards her.

According to the arrest affidavit, the man kept pulling on the girl's shirt and pointing back at a house. In response, the girl told the man that she did not understand.

He then allegedly made one of his hands into a circle and stuck his index finger of his other hand into the circle and pointed back at the house. To which the girl replied that "she does not do that." The man then allegedly began begging her by saying "please" and calling her "pretty." That's when the girl called her mother and ran home crying.

After the Brevard County Sheriff's Office was able to obtain a description and sketch composite of the suspect from the victim, a deputy patrolled the area where the incident took place during the same time period the following morning. That's when the deputy spotted a man matching the suspect's description. The girl was able to later identify the Audencio Julian Orozco-Fuentes as the suspect.

The arresting officer noted Orozco-Fuentes' primary language is Spanish and his family stated that he is hard of hearing and speaks sign language.