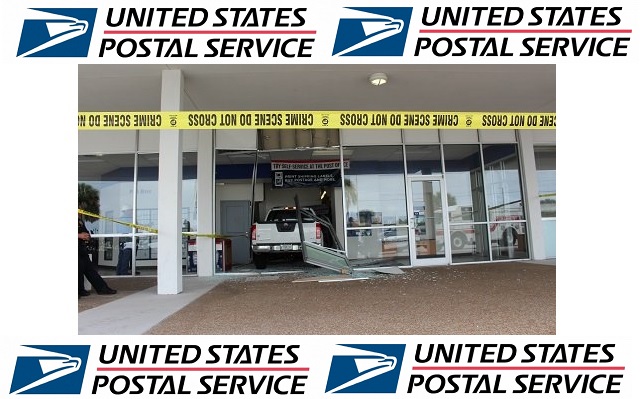 According to the Titusville Police Department, the preliminary investigation has revealed that Gordon Eugene Brown, 82, of Titusville, inadvertently pressed the accelerator instead of the brake as he was attempting to park his 2015 Nissan Frontier truck in a designated parking spot. The truck crashed through the front glass doors and came to a stop in the lobby of the post office.

Brown was not injured in the crash.