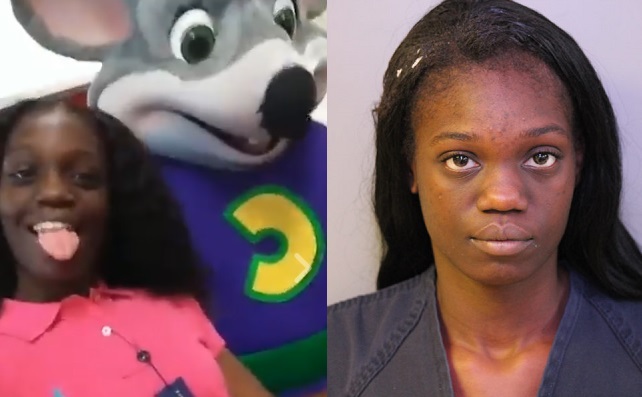 LAKELAND, Florida - A wanted Florida woman was arrested Monday after Polk County Sheriff's detectives were alerted to a Facebook Live video being recorded by her at a Chuck E. Cheese's in Lakeland, Florida.

The sheriff's office then contacted Lakeland police who arrested 18-year-old Markesha Wilkerson for violation of probation and failure to appear on original juvenile charges of improper exhibition of a firearm or dangerous weapon and attempted battery.

Wilkerson was booked into the Polk County Jail on a no bond status.

“If you are a wanted person with outstanding warrants or pick-up orders, it’s probably not a good idea to go on Facebook Live,” said Polk County Sheriff Grady Judd.