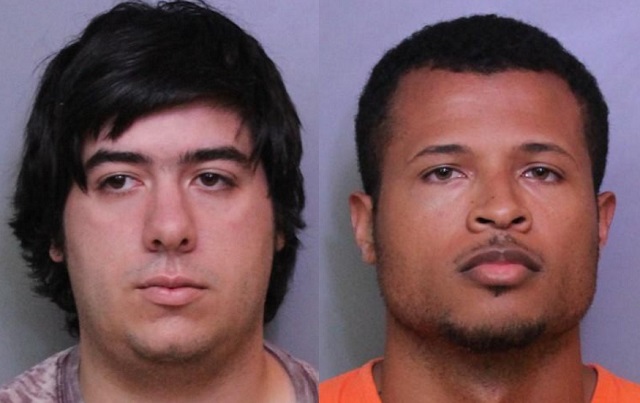 20-year-old Nicholas Ramos, of Palm Bay, Florida, allegedly drove to an undercover location to have sexual intercourse with who he believed to be a 13-year-old girl on May 18. Detectives say that Ramos admitted to driving to the location with condoms to have sex with the girl, and initiated contact with her on Craigslist. He also told detectives that he is a driver for Jimmy John’s and brought a sub sandwich to the sting operation.

25-year-old Joseph Emmanuel Vincent, of Cocoa, Florida, allegedly drove to an undercover location to have sexual intercourse with who he believed to be a 13-year-old girl. Investigators say that Vincent communicated online with who he believed to be the father of the “girl,” and agreed to pay the man $100 to have sex with his daughter. Vincent also sent nude photos of himself to the undercover detective. He stopped to purchase condoms and beer on the way to the undercover location.

Both men were booked into the Polk County Jail and charged with attempted sexual battery on a minor, traveling to meet a minor, and use of a two-way communication device to commit a felony.

“These predators are really out there, trying to violate children," said Polk County Sheriff Grady Judd. "All it takes is one glance at the conversations these predators have with our undercover detectives. They lurk in chat rooms, and online, ready to groom and violate your children. Fortunately, we’ve prevented at least 19 of them from doing so. The things that these predators say to children are vile, disgusting, and not fit for anyone except trained detectives to read. And even seasoned, trained detectives are repulsed. These predators need to be locked up, and stay locked up and away from children.”