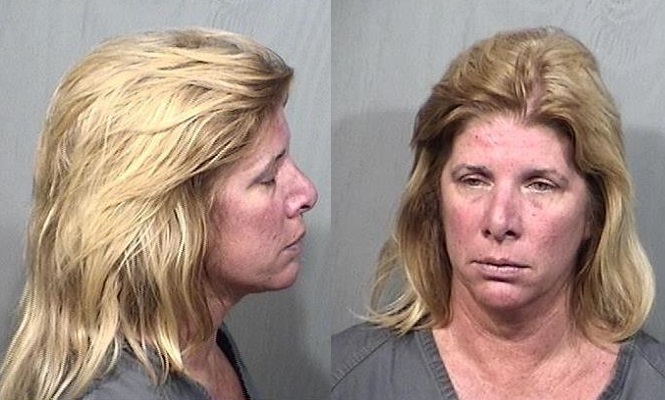 According to an arrest report, the 47-year-old speech teacher allegedly sent threatening texts to her co-worker, Lori Masterston.


The long-running animosity between the two school employees began back in April when Loomis "started posting some surprisingly negative things on social media about her principal and the school that were considered unprofessional, especially considering that students and parents were among her friends," said Brevard Public Schools spokesman Matt Reed.

"A memo shows the principal counseled Loomis on that (she was not formally disciplined), Loomis didn’t accept the principal’s criticism, and that somehow led to the threats by text message, which I saw."

This is the second time in less than a year that Brevard Public School instructional staff have been arrested when the BPS administration knew of their criminal history.

"This speech pathologist didn’t “fall through the cracks," said Reed. "She was regarded as a good speech therapist who was arrested in 2014 for a domestic violence situation, and BPS was aware of it. The charges were dropped, which meant there was nothing to warrant a disciplinary action under BPS rules and due process procedures. Mrs. Loomis worked for BPS since 1999 and at no point was considered a threat to children or school staff."

But while the BPS administration didn't consider Loomis' 2014 arrest a threat to children or school staff, the arrest report stated that the Surfside Elementary principal "...was in fear for her life due to Ms. Loomis' violent criminal history..."

Loomis was charged with one count of making written threats to injure or kill which is a second degree felony punishable by up to 15 years in prison. She was booked into the Brevard County jail and her bond was set at $5,000.

In addition to the pending criminal charges, Loomis is under a BPS investigation for a disciplinary action. The school district is also taking back her employee badge and keys. BPS is also ordering Loomis to stay away from Surfside Elementary School.