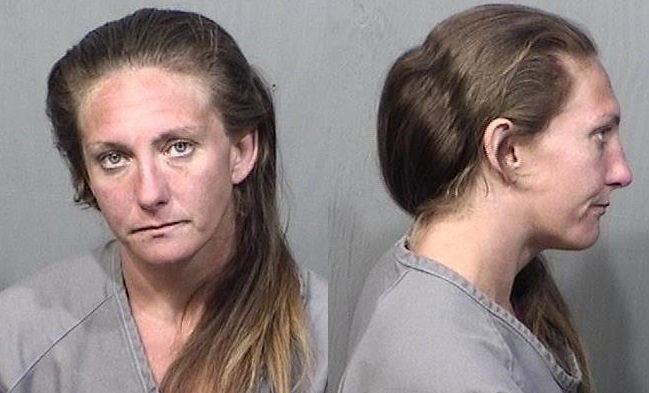 Deputies responded to a residence on Bowman Street in Cocoa, Florida on Wednesday, May 17, 2017, after a concerned citizen advised that they had discovered the child alone in the back bedroom of the residence.

The citizen told deputies that they had come to the residence, which is known to be frequented by drug users, to talk to the occupants about a theft. While there, the witness heard a baby crying and, upon entering the bedroom, found an unattended child sleeping on a mattress, on the floor, near a hole in the floor. She discovered that the child had been left abandoned at the residence for three days.

The concerned citizen stated the mother, who is known to her, was nowhere in sight and the people inside the residence appeared to be sleeping and/or under the influence of drugs. The concerned citizen, fearing for the safety of the child, took the child to her residence and immediately contacted the Brevard County Sheriff's Office.

Upon meeting with the complainant, deputies observed the child's diaper visibly saturated with urine and the child's clothing dirty. The child also had unidentifiable marks on his face. Due to the child's condition, deputies responded to a local store and purchased diapers, baby wipes, and a bottle to feed the child. The Department of Children and Families and Agent Meghan Cornett of the Special Victim’s Unit responded to the scene to continue the investigation.

Agent Cornett was able to identify and locate the child’s mother, Ashley Baskett, who was subsequently arrested. As a result of the investigation, DCF took emergency custody of the child.

She was transported to the Brevard County Jail where she is being held on $6000.00 Bond.

Anyone who may have information about this incident is asked to please call Agent Cornett of the Brevard County Sheriff’s Office Special Victims Unit at 321-633-8419 or CRIMELINE at 1-800-423-TIPS (8477). All calls to CRIMELINE are confidential and the caller may remain anonymous.
Labels: crime