Study: Dolphins In Captivity Healthier Than In Wild 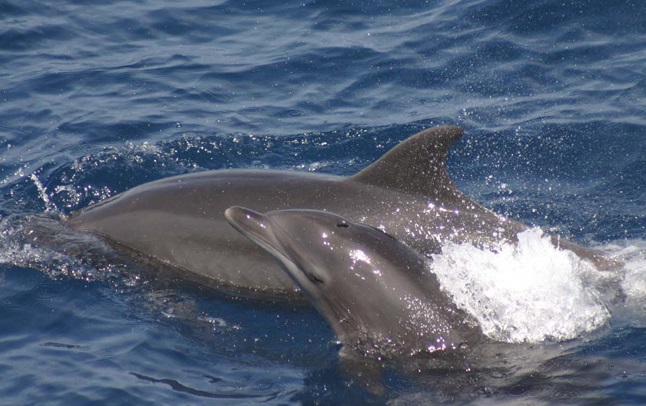 Dolphins in captivity are healthier than two wild dolphin populations found in Florida and South Carolina, a new study finds.

The study compared four dolphin populations, two in captivity and two in the wild, and found that two populations of wild dolphins living off the coast of Florida and South Carolina are experiencing more chronically activated immune systems than dolphins living in controlled environments.

"This is likely a result of encountering pathogens, parasites and anthropogenic pollutants in the ocean that do not exist in closely managed zoological habitats," said Patricia Fair, PhD, lead author of the study and Research Professor at the Medical University of South Carolina.

"The immune system is incredibly complex and so very important for health. Microbes are part of the natural world and help to develop the immune system. The key to a healthy immune system is a balance between being able to recognize harmful organisms and overstimulation and this study demonstrates the importance of the environment in these responses."

In the Indian River Lagoon, which runs parallel to Central Florida's east coast, samples revealed high levels of mercury in the native dolphin population, which researchers suggest could be impacting the health of local fishermen and residents.

The study's findings suggest environmental stressors are having an impact on the immune responses of the wild dolphins, creating more chronically activated immune systems, which, in turn, could help explain why the health of wild dolphins in both populations is considered compromised with less than half found to be clinically normal.

By contrast, dolphins living in managed care environments had less chronically activated immune systems, which Dr. Gregory Bossart, a co-author on the study and Chief Veterinary Officer at Georgia Aquarium, says is not surprising.

"Dolphins in human care are exposed to fewer pathogens because of environmental controls of water and food quality and preventative medical programs. Thus, their immune responses tend to be more focused and short acting. Our findings suggest that the wild dolphins of our study have immune systems that are chronically activated and challenged."

The research was published on May 3, 2017 in the scientific journal PLUS ONE.