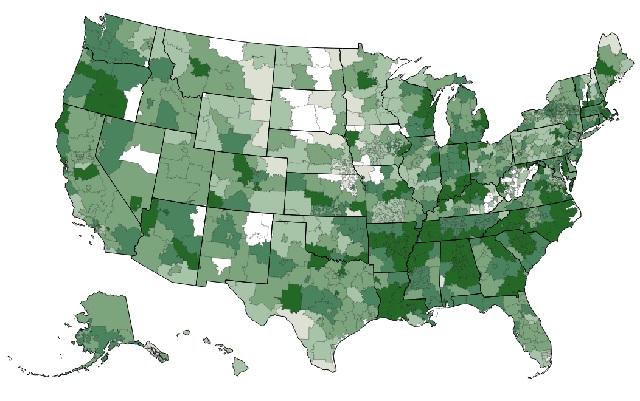 ORLANDO, Florida - Drug use in the American workforce, fueled by illicit drugs, reached the highest positivity rate in 12 years, according to an analysis of more than ten million workforce drug test results released on Tuesday by Quest Diagnostics.


“This year’s findings are remarkable because they show increased rates of drug positivity for the most common illicit drugs across virtually all drug test specimen types and in all testing populations,” said Barry Sample, PhD, senior director, science and technology, Quest Diagnostics Employer Solutions. “Our analysis suggests that employers committed to creating a safe, drug-free work environment should be alert to the potential for drug use among their workforce.”

The annual Quest Diagnostics Drug Testing Index will be presented at the Drug and Alcohol Testing Industry Association annual conference this week in Orlando, Florida.

“Once again, the DTI statistics reveal the on-going threat to workplace safety posed by substance abuse. While the national dialogue swirls around marijuana and opiate issues, we find cocaine—a substance with well-established dangers—continuing its troubling upswing not just in the general workforce, but in safety-sensitive jobs with federally-mandated testing,” said Matt Nieman, General Counsel, Institute for a Drug-Free Workplace and Principal, Jackson Lewis P.C. “That positive test results for cocaine persist, let alone are increasing, should serve as a reminder to employers and employees that there is no substitute for vigilance in any effective effort to thwart the potential impacts of workplace substance abuse.”

In both the federally-mandated, safety-sensitive and the general U.S. workforces, the positivity rate for cocaine in post-accident urine drug tests was more than twice that of pre-employment drug tests, and was also higher than the rate in random drug tests.

“While a positive test doesn’t prove drug use caused the accident, it raises the question as to whether it played a role,” said Dr. Sample.

Among the federally-mandated, safety-sensitive workforce, which only utilizes urine testing, marijuana positivity increased nearly ten percent (0.71% in 2015 versus 0.78% in 2016), the largest year-over-year increase in five years.

In Colorado and Washington, the first states in which recreational marijuana use was legalized, the overall urine positivity rate for marijuana outpaced the national average in 2016 for the first time since the statutes took effect. The increase was more pronounced in Colorado, which increased 11 percent (2.61% in 2015 versus 2.90% in 2016), than in Washington, which increased nine percent (2.82% in 2015 versus 3.08% in 2016). The national positivity rate for marijuana in the general U.S. workforce in urine testing increased four percent (2.4% in 2015 compared to 2.5% in 2016).

“We have been tracking the trends in marijuana positivity in states that have passed medical and recreational marijuana use statutes for several years now. 2016 is the first year since Colorado and Washington approved recreational use that the rates of year-over-year change were sharply higher than the national average,” said Dr. Sample.

Amphetamines (which includes amphetamine and methamphetamine) positivity continued its year-over-year upward trend, increasing more than eight percent in urine testing in both the general U.S. and federally-mandated, safety-sensitive workforces compared to 2015. Throughout the last decade, this rise has been driven primarily by amphetamine use which includes certain prescription drugs such as Adderall.

After four straight years of increases of positive tests for heroin, the rate held steady in the general U.S. workforce in 2016 and declined slightly among federally-mandated, safety-sensitive workers.

In recent years, state and federal authorities have instituted efforts to more tightly control opiate prescribing in order to address the opioid crisis.