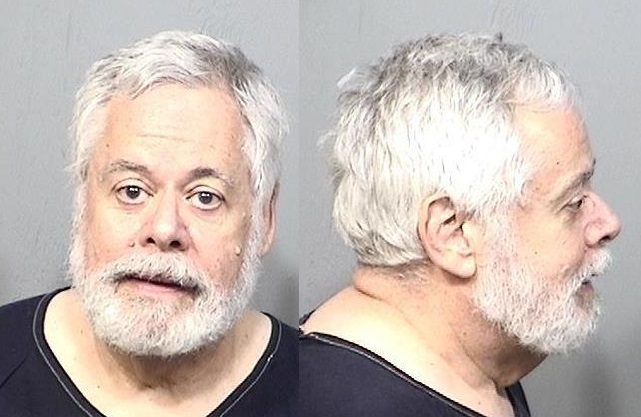 MELBOURNE, Florida – John Wenzel Kane, a 63-year-old coin dealer who operates Coins and Curiosities in downtown Melbourne, was arrested by the Brevard County Sheriff’s Office Economic Crimes Task Force and charged with Racketeering, Scheming to Defraud over $50,000.00, Communications Fraud over $50,000.00, Depositing a check with the intent to Defraud (12 counts), Grand Theft over $300.00 (14 counts), Grand Theft of a person over 65 (2 counts)m and Worthless Checks (2 counts).

Kane was transported to the Brevard County Jail Complex on a $112,000 Bond.

The investigation was initiated in 2016 after the Melbourne Police Department was contacted by victims who alleged that they had been defrauded out of money and/or collectible coins by Mr. Kane. The investigation was later forwarded to the Economic Crimes Task Force in early 2017.

Sheriff's investigators say that Mr. Kane was defrauding the victims in two ways:

Victims would order either gold or silver coins as an investment opportunity from Mr. Kane through his business. Mr. Kane would collect the full amount for the coin order, up front from the victim and then fail to deliver the coins.

The second type of scheme reported by the victims, involved victims giving Mr. Kane gold and silver coin collections to sell for them on consignment. Mr. Kane would resell the collection and not provide payment or return the collection to the victims.

Investigators say that some victims did receive partial payment from Mr. Kane after many months and due to threats of legal action.

The Sheriff's Office determined that Mr. Kane was using new victim’s monies to provide these partial payments to previous victims as well as using the money for personal financial purposes.