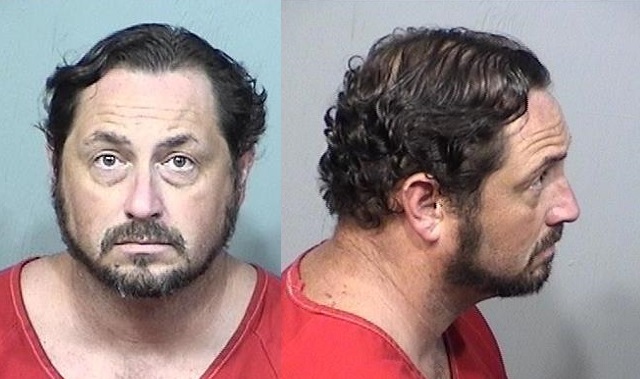 SATELLITE BEACH, Florida - Charles Krininger, a Satellite High School teacher and Eastern Florida State College instructor was arrested and charged with lewd and lascivious conduct and promotion of sexual performance of a child under 16 years of age.

According to Brevard County Jail records, the complaint was made to the Satellite Beach Police Department but the Brevard County Sheriff's Office served a felony arrest warrant on the 40-year-old teacher who resides in Melbourne, Florida.

Krininger has been employed as a teacher in Brevard since 2002. He taught at Space Coast Jr./Sr. High in Port St. John from 2002 to 2005 before moving to Satellite High.

Many former female high school students had given Krininger the nickname "Creepy K" for several years prior to the Brevard Public Schools administration finally taking action.

Personnel records show he was counseled and warned by Satellite’s principal for making inappropriate and offensive comments to students in class in 2013.

Krininger earned an “effective” rating on his 2015 performance evaluation, the most recent. The Brevard County School Board recently chastised Brevard County School Superintendent Dr. Desmond Blackburn for being heavy-handed in giving out "highly-effective" and "effective" ratings to nearly every teacher at Brevard Public Schools.

Krininger, who had taught science at the Satellite Beach campus since 2006, was immediately removed from the school following a student complaint in February 2016 and put on administrative leave. Satellite’s principal contacted Satellite Beach Police upon learning of the student’s statement.

However, School Board records show that Krininger was nominated again in May 2017 for a teacher contract renewal for the 2017-18 school year.

The BPS administration claims that, under Florida law, school districts may terminate teachers on professional contracts upon conviction of certain crimes. In the meantime, Brevard Public Schools has kept Krininger on paid leave – "but away from children – upon advice of counsel," Brevard Public Schools spokesman Matt Reed wrote in a press release.

A media request made to Reed in the late afternoon today, asking if BPS notified EFSC of the pending investigation and potential harm to minor BPS children attending EFSC, has so far gone unanswered.

The State Attorney’s Office petitioned for a capias warrant on June 29, 2017 which was granted by a Brevard County Circuit Court judge. Krininger was then arrested July 5, 2017.

In addition to contacting police in 2016, BPS immediately launched its own investigation of Krininger and alerted the Department of Children and Families and the Department of Education’s Office of Professional Practices Services.

Blackburn said he hoped the case would not cause BPS’ nearly 9,000 other “amazing and selfless employees to be painted with a broad stroke of doubt.”

“I pray that you keep in mind that our employees are your neighbors, your friends, your family members, or you,” Blackburn said. “They are phenomenal. That said, when the small percentage commits a crime, especially against our babies, the school board and I will move assertively and transparently.”