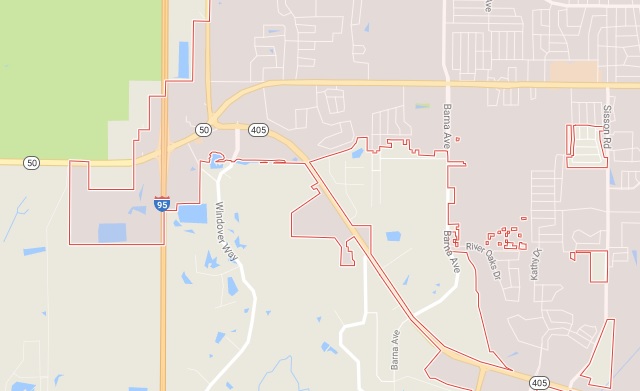 TITUSVILLE, Florida - A Brevard County woman was killed and two others were seriously injured in a traffic crash that occurred just after 5:30 p.m in front of the Target Plaza on State Road 405 in Titusville, Florida.

Eastbound S.R. 405 (Columbia Boulevard) remained shut down for several hours as emergency crews and investigators worked the scene of the two-vehicle crash.

Investigators say that a Ford Taurus driven by a 31-year-old Titusville woman was traveling eastbound on S.R. 405 at the traffic light entrance to the Target Plaza located at 3055 Columbia Boulevard.

Meanwhile, a Nissan Altima driven by a 23-year-old Titusville woman was making a left turn into the Target Plaza when it was struck by the oncoming Ford Taurus.

A passenger in the Altima, a 75-year-old Titusville woman, died at the scene. The drivers of both vehicles were seriously injured.