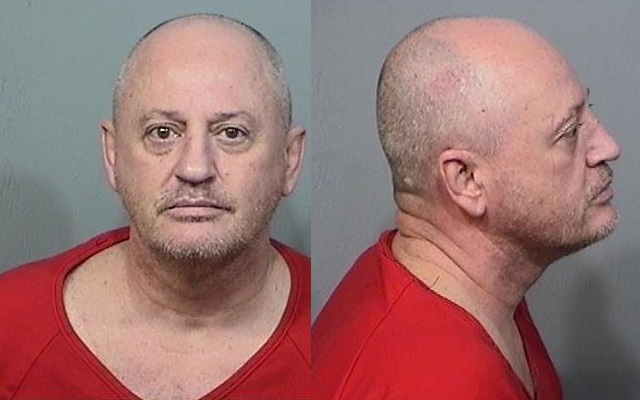 TITUSVILLE, Florida - Dodd A. Mitchell, a former Astronaut High School JROTC teacher, was arrested for allegedly having sex with a student beginning in April 2014 when she was in 9th grade.

The student alleged that she had sexual intercourse with Dodd over 50 times throughout Brevard County over the course of two years until June 2016.

Investigators say that the 55-year-old became emotionally distraught when the sexual relationship with the student ended and that he sent multiple emails to the student where he admitted to having sex with her.

According to Brevard County Public School records, Dodd was a JROTC instructor up until the 2016-2017 school year at Astronaut High in Titusville, Florida.

“Brevard Public Schools won’t stand for any kind of predatory or sexual behavior toward students by its employees,” said Matt Reed, assistant superintendent for government and community relations.

"When students or parents come forward to report potentially criminal behavior, we act -- including calling the police or sheriff’s office to investigate. Today, we are saddened and infuriated to learn of the arrest of a former JROTC instructor at Astronaut High. If the principal or other school staff were aware of the off-campus relationship, they would have acted to stop it and remove the teacher from campus immediately.”

Dodd is among a long list of Brevard Public School employees who have been charged with sexual offenses related to children in recent years.

In August 2017,  a  Brevard County Public Schools teacher was sentenced to 8 years in prison and 10 years of probation after he traveled to a prearranged location in Brevard County to meet what he thought was a teenage girl for the purpose of engaging in a sexual relationship.