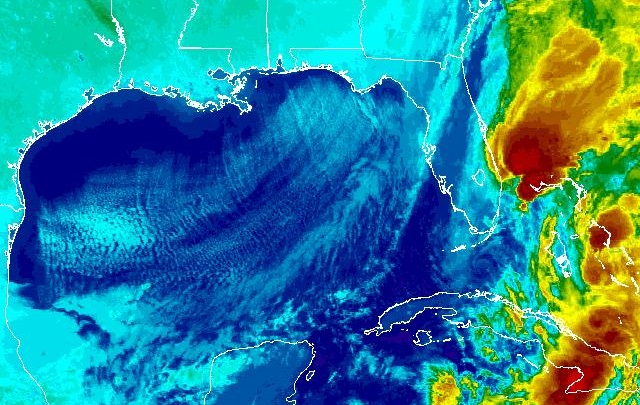 NOAA's National Hurricane Center issued a Public Advisory due to Tropical Storm Philippe that is located over the Florida Keys.

Philippe is currently a tropical storm on the Saffir-Simpson Hurricane Wind Scale. NHC forecasters say that some strengthening is expected during the next 48 hours.

Tropical-storm-force winds extend outward up to 105 miles (165 km) from the center of the tropical cyclone.

Computer models are in general agreement that Tropical Storm Philippe's projected path will move in a northeastward direction over South Florida and the northwestern Bahamas. 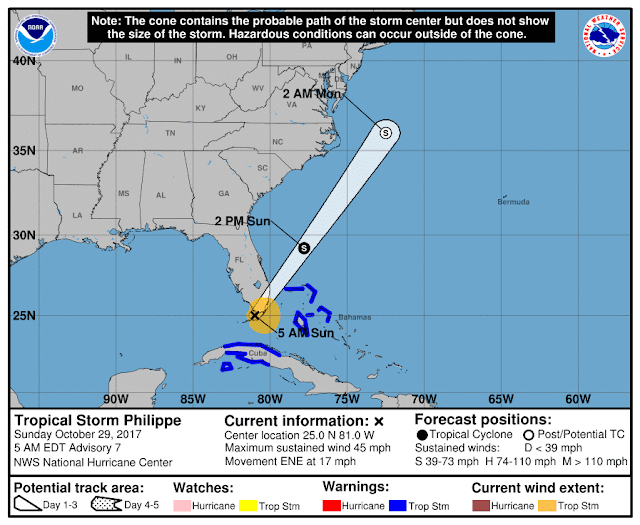