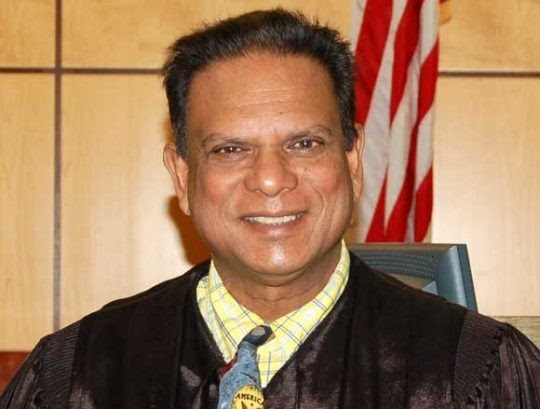 MELBOURNE, Florida - Alli Majeed, who was Brevard County’s longest serving county court judge before his 2016 retirement, is the keynote speaker at Florida Institute of Technology’s Nathan Bisk College of Business Center for Ethics and Leadership Breakfast Seminar on Tuesday, October 24, 2017.

The free event runs from 7:45-9:30 a.m. in the Hartley Room on the second floor of the Denius Student Center on Florida Tech’s Melbourne campus, 150 W. University Boulevard. A continental breakfast will be served.

Majeed will speak about the rights and responsibilities associated with the First Amendment, best known for enshrining the freedoms of religion, speech and the press.

Serving as county court judge for the 18th Judicial Circuit for 24 years after his 1993 appointment by then-Florida Governor Lawton Chiles, Majeed has been guided by his belief that public service is a privilege. He is equally well known for his enthusiasm and tirelessness in carrying out what he considers his civic duty: talking to fellow citizens about the judicial system and their rights and responsibilities as U.S. citizens, and sharing share his deep and abiding respect for the U.S. Constitution.

Majeed was awarded the Harvey Ford Award by The Conference of County Court Judges of Florida. The Harvey Ford Award recognizes a county court judge who has demonstrated the highest level of profound service to the community, legal profession, and to Florida’s judiciary.