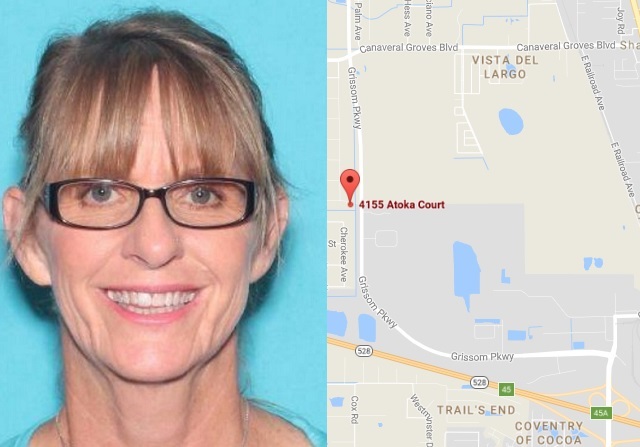 COCOA, Florida - A woman was shot just before 11 a.m. on Thursday in Canaveral Groves just north of Cocoa, Florida.

At approximately 10:47 a.m., the Brevard County Sheriff’s Office received a 911 emergency call from a residence located at 4155 Atoka Court in unincorporated north Cocoa, indicating that a person had been shot.

When deputies arrived, they found a female victim with multiple gunshots inside the residence. The woman was taken from the residence and driven by a deputy to meet with medical personnel who airlifted her to Holmes Regional Medical Center in Melbourne, Florida, where she later succumbed to her injuries.

After the shooting took place in Cocoa, Ratcliffe then traveled to St. Johns County where he committed suicide.

Investigators say that Ratcliffe, who is the ex-stepfather of the victim, drove from his residence in Georgia earlier this morning to the victim’s residence to kill her.

Ratcliffe was once married to the victim’s mother and investigators believe that he blamed Williams for the resulting divorce. It appears that Ratcliffe confronted the victim inside her residence where he shot her multiple times before leaving the area.

Sheriff’s Office Homicide agents were contacted by the St. John’s Sheriff’s Office, who advised that a subject had called emergency 911, advising that he had killed his step-daughter and was going to commit suicide.

St. John’s County deputies responded to the area described by Ratcliffe, who upon seeing deputies approach, turned a firearm on himself, taking his own life.

Based on evidence collected at the scenes and comments provided by Radcliffe, the agents consider Ratcliffe to be the only person responsible for the victim’s death.

Crime Scene Investigators have concluded processing the scene at the Atoka residence and are coordinating the collection of evidence at the suicide scene with investigators from the St. John’s County Sheriff’s Office.

Anyone who may have information about this investigation is asked to please call Agent Nick Walker of the Brevard County Sheriff’s Office, Homicide Unit, at 321-633-8413 or CRIMELINE at 1-800-423-TIPS (8477).

All calls to CRIMELINE are confidential and the caller may remain anonymous.