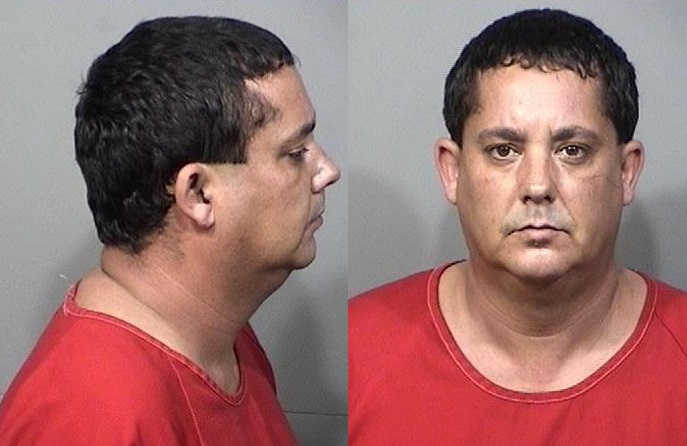 PALM BAY, Florida - 41-year-old Kenneth Woodard, an elementary school teacher in Palm Bay, Florida, has been charged with lewd and lascivious molestation of a child under twelve years of age.


According to the arrest report, Woodard repeatedly placed his hand down the pants of an 11-year-old male student during class on Monday, November 20, 2017. Upon witnessing these acts, another student yelled, "Oh, Mr. Woodard is gay!"


After the student filed a report with the school counselor, several students were interviewed when they returned from Thanksgiving break on Monday, November 27. Several students stated that they witnessed Woodard repeatedly touching the male student's buttocks.

Jail records show that Woodard, who resides in Melbourne, Florida, was arrested by Palm Bay police Monday night and booked into the Brevard County Jail.

A bond amount has not been set in his case.

Woodard is among a growing list of school employees in Brevard County who have been charged with sexual offenses related to children in recent years.

In October 2017, a former Astronaut High School JROTC teacher, was arrested for allegedly having sex with a student when she was in 9th grade.

Also in October 2017, a Palm Bay teacher's aide was arrested and charged with lewd and lascivious battery on a victim 12-16 years of age and distributing obscene material to a minor.

In August 2017, a Brevard County Public Schools teacher was sentenced to 8 years in prison and 10 years of probation after he traveled to a prearranged location in Brevard County to meet what he thought was a teenage girl for the purpose of engaging in a sexual relationship.