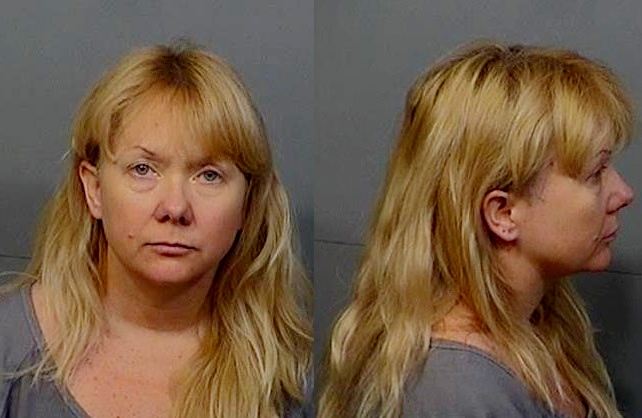 ROCKLEDGE, Florida - Dawn Marie Krell, a teacher at John F. Kennedy Middle School, was arrested on Thursday after allegedly battering a student who wanted to use the restroom.

According to the police report, the dean of Kennedy Middle School was notified of a disruptive student in Krell's classroom around 3 p.m. on Friday, December 15, 2017. When the dean and principal approached the classroom, they saw the student standing outside the classroom door. The door was open and students were inside the classroom.

The student said that he told Krell that he was not being disruptive, but that he just had to use the restroom. The student then managed to push himself away from Krell.

But this wasn't the first alleged incident where Krell became physical with this particular student, the arrest report notes. About two weeks prior to Thanksgiving, Krell had allegedly grabbed the student's wrist and shook it so hard that the hand sanitizer in his hand would go into the trash can. After the first incident, the student's mother told Krell not to put her hands on her child again.

The police also note that there were student witnesses to both incidents.

When Krell was contacted by police, she declined to give a statement without a lawyer present.

Krell was arrested and booked into the Brevard County Jail and released the following day on a $500.00 bond.