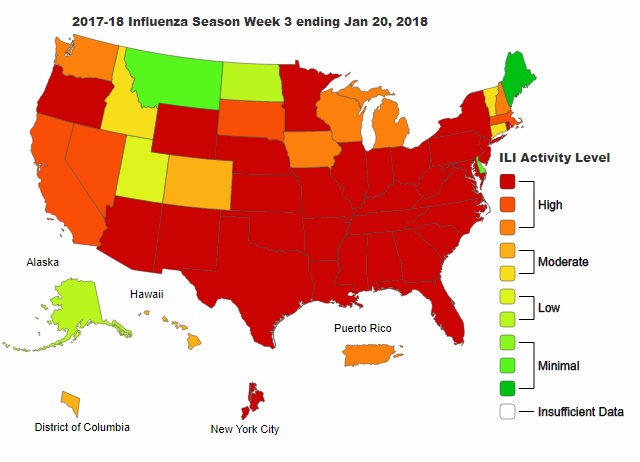 The 2017-2018 U.S. Flu Season death toll has climbed to 7 children and 30 adults with several more weeks of Flu activity still remaining, according to the latest data gathered and published by the U.S. Centers for Disease Control (CDC).

The proportion of deaths attributed to pneumonia and influenza increased sharply to 9.1% for the week ending January 6, 2018, which is well above what the CDC considers the epidemic threshold of 7.2% for that time of year.

The percentage of people seeing their health care provider for influenza-like illness in January 2018 was the highest percentage recorded (6.6%) since the 2009 pandemic.

Most Common Flu Strain This Year

Flu Activity Across The United States 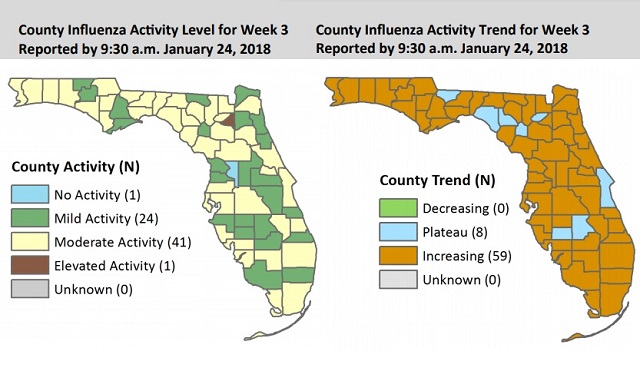 Flu activity increased sharply across Florida and was above peak activity compared to previous flu seasons. Increases were observed in all age groups and in all regions of the state. The Florida panhandle region continued to experience the largest increases in flu activity.

Influenza A(H3) is the most common flu strain this year in Florida.