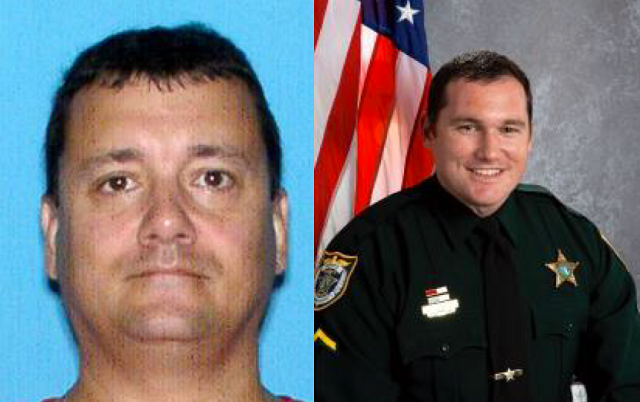 The decedent is identified as 46-year-old Ronald Jay Lawson of Cocoa, Florida. The deputy is identified as Corporal David Turbeville, a 3½ year veteran of the Brevard County Sheriff’s Office.

On January 21, 2018, a Brevard County Sheriff’s Office deputy attempted to conduct a traffic stop at approximately 6:11 p.m. in the area of Parkway Drive and U.S. Highway 1 in Melbourne, Florida.

As the deputy approached the vehicle, the driver pulled away and began travelling north on U.S. 1. Deputies day that the vehicle continued without stopping and displayed a driving pattern consistent with that of an impaired driver.

Stop sticks were later deployed which successfully disabling three tires. However, Lawson continued northbound to the area of Viera Boulevard and US 1 where the vehicle was stopped.

When deputies made contact with Lawson, who was the sole occupant of the vehicle, he allegedly displayed aggressive and overt actions that caused the deputy to respond with deadly force.

Lawson was later transported to a local hospital in serious condition where he succumbed to his injuries.

As is customary in officer involved shootings, Corporal Turbeville has been placed on Administrative Leave pending the outcome of the investigation.
Labels: crime Melbourne Viera