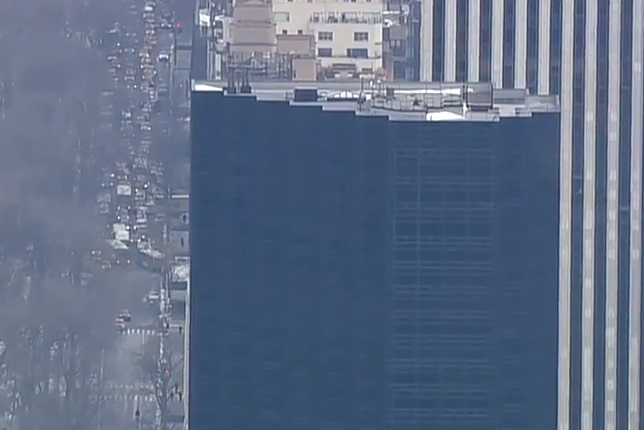 Dozens of firefighters responded to battle the blaze atop the 58-story building.

The firefighters were able to knock-down the before 8 a.m.

However, live video of the Trump Tower fire shows that smoke continues to billow from the Manhattan high-rise as of 8:30 a.m. while fire crews continue mop-up operations.

So far, no injuries have been reported and the cause of the fire has not been determined.