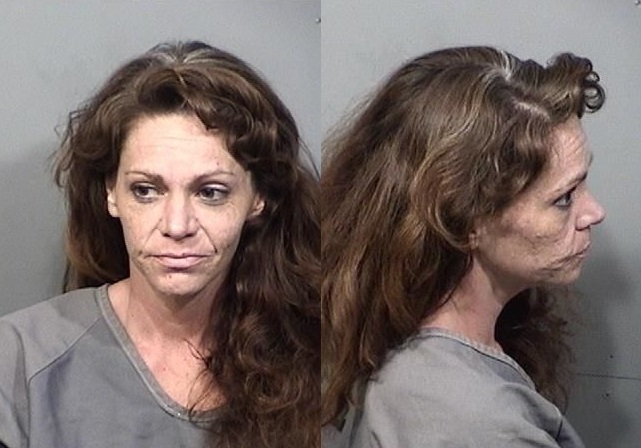 MELBOURNE, Florida - Stefanie Dobson of Melbourne, Florida, has been charged with murdering her own mother.

On January 13, 2018, patrol officers responded to a 911 call of an unresponsive female covered in blood at 675 Short Hills Lane, in Melbourne, Florida.

When police arrived, they met with 38-year-old Stefanie Dobson and her daughter in front of the apartment building. Dobson told police that she had just returned from an outing with her daughter when she discovered her mother, Susan Dobson, lying on the living room floor.

Crime Scene Investigators noted that there was no sign of forced entry into the apartment. The victim had what appeared to be defensive wounds and injuries that appeared to be the result of blunt force trauma.

During an interview, Stefanie Dobson told police that she made the footprints after discovering the body. However, investigators determined that blood splatter occurred on top of the dried footprints, indicating that the footprints were made during the commission of the murder.

Police also obtained a third-party witness statement that Stefanie Dobson allegedly asked a friend to kill her mother a week prior to the murder taking place.

After police completed their investigation, Stefanie Dobson was charged with Second Degree Murder for the alleged matricide and booked into the Brevard County Jail on January 18.
Labels: crime Melbourne