Brevard County Sheriff's Deputy Dies In I-95 Crash Near Titusville 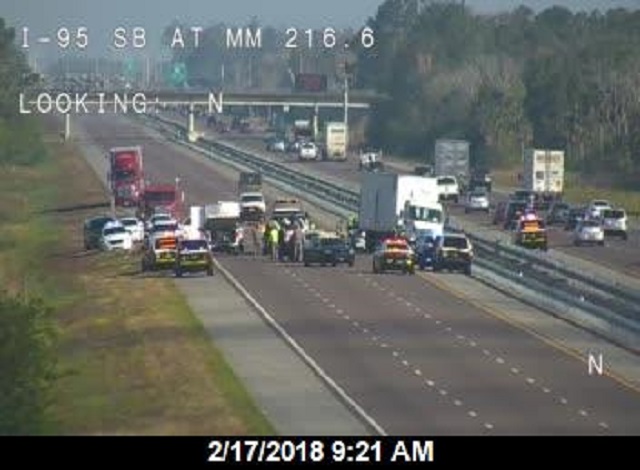 TITUSVILLE, Florida - A Brevard County Sheriff's Office deputy died as a result of injuries he sustained in a crash with his marked patrol car and a semi truck on I-95 just after 5 a.m. on Saturday, February 17, 2018.

According to the Florida Highway Patrol, 26-year-old Leo Smith, Jr. of Orlando, Florida, was driving a semi-truck partially loaded with car parts southbound on I-95 in the center lane near mile marker 217 just north of State Road 50.

Meanwhile, the deputy was driving his 2013 Ford Taurus patrol car southbound on I-95 in the left lane.

The truck driver was not injured in the crash.

Both drivers were wearing their seat belts at the time of the crash and alcohol was not a factor.