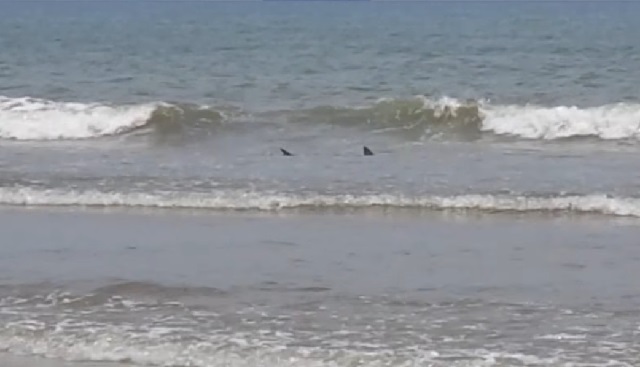 COCOA BEACH, Florida - It won't be a good week to go swimming off of Cocoa Beach, Florida due to the presence of Portuguese Man of War.

Spinner sharks 2 to 4-feet-long are present off of Cocoa Beach, primarily around, and just beyond, the wave break. Spinner sharks (Carcharhinus brevipinna) can grow up to 9 feet long and have a unique feeding technique of leaping into the air while spinning.

Blacktip sharks 2 to 4-feet-long are also present in the surf zone and shallow waters. Blacktip sharks (Carcharhinus limbatus) are the number one species responsible for biting humans along the U.S. East Coast.  The shark has black tips on its pectoral fins and grows to no more than about six feet.

Blacktip sharks can swim in just inches of water where toddlers often play. 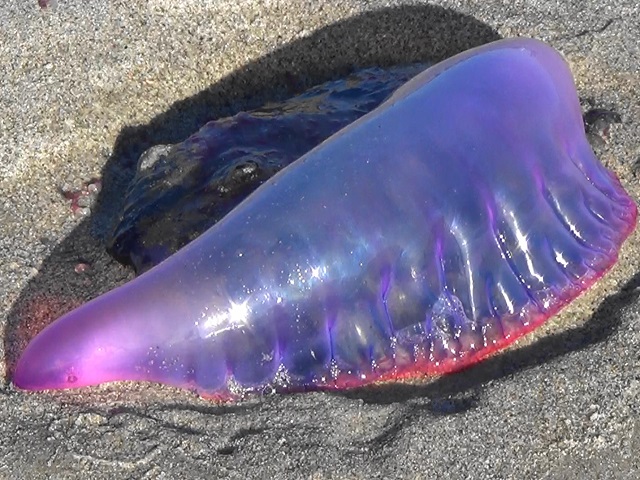 Often, the Portuguese Man-of-War are entangled in the seaweed which makes it harder for beachgoers to see the stinging marine life before it is too late.

According to the National Weather Service in Melbourne, prevailing southeasterly winds will continue through the week. So, there will be a good chance that Portuguese Man-of-War will remain along Florida's Space Coast beaches through at least Friday.

The Portuguese Man-of-War can be identified from other jellyfish in Florida by its translucent blue and purple gas-filled air sac that helps them travel long distances across the ocean by acting as a wind-driven sail.

A violet-colored stinging tentacle cluster mass under the body can have tentacles that may extend up to ten or fifteen feet. These stinging, venom-filled tentacles are designed to paralyze small fish but can also deliver a powerful sting to humans who wade into the water or play on the beach.

Seaweed: A small amount of golden Sargassum seaweed is present along Brevard County beaches and in the surf zone which will make it harder to spot sharks and jellyfish in the water.
Labels: Cocoa Beach Jelly Fish Ocean Shark