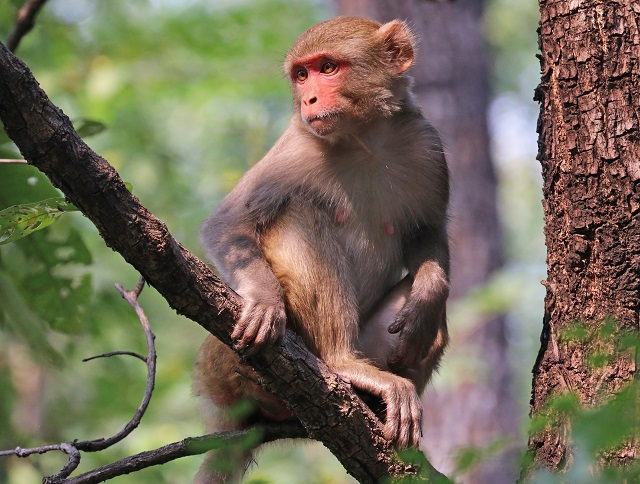 A Florida Fish and Wildlife Conservation Commission (FWC) rule prohibiting the feeding of wild monkeys in Florida went into effect on February 11, 2018.

As the population of wild monkeys has increased across the Sunshine State, public health and safety concerns have also increased due to public contact with these invasive species. Currently, there are three established species of breeding wild monkeys in Florida:

Squirrel monkey populations in Brevard, Broward, and Marion Counties after being released from tourist attractions in the 1970's.

Over 120 Vervet monkeys live in Broward County after they were released from tourist attractions in the 1950's through 1970's.

Rhesus Macaques can be found throughout Marion, Lake, and Seminole Counties after being released in the 1930's in Silver Springs State Park.

Rhesus macaques can carry herpes B, a potentially fatal disease in humans if not treated immediately.

While there are no documented cases of free-roaming macaques transmitting herpes B to humans in the wild in Florida, FWC officials are concerned that the risk for exposure will continue to grow as public contact with these animals increases.

FWC notes that, when these animals are fed by humans, they often develop a dependency on humans as a source of food and become territorial over the area where feeding occurs.

This dependency can lead to increased aggression, which may result in injuries and spread of disease to humans.

“The health and safety of the public is the Commission’s number one priority. Feeding wild monkeys creates an elevated risk to human health because it brings them into closer contact with people,” said Dr. Thomas Eason, Assistant Executive Director of the FWC.