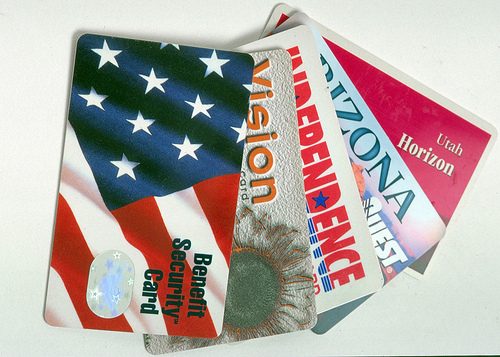 The White House is proposing to replace some food stamp dollars recipients currently receive with boxes filled with food staples.

Under the USDA America’s Harvest Box proposal, all households that receive $90 per month or more in benefits from the Supplemental Nutrition Assistance Program (also known as food stamps) would receive a package of "nutritious, 100-percent U.S. grown and produced food," the U.S. Department of Agriculture announced.

The amount of boxed food received per household would be scaled to the overall size of the household’s SNAP allotment, ultimately representing about half of their benefits.

Approximately 16.4 million households, or about 81 percent of households on food stamps would be impacted by this proposal.

The Trump Administration estimates that the government could deliver the food commodities to recipients' doorsteps similar to Amazon at half the present cost of using food retailers. But states would be given the ultimate discretion on how to distribute the food boxes.

The White House estimates that taxpayers would save $129 billion as a result of the changes to the food stamp program beginning in 2019.

“USDA America’s Harvest Box is a bold, innovative approach to providing nutritious food to people who need assistance feeding themselves and their families – and all of it is home grown by American farmers and producers," said USDA Secretary Sonny Perdue in a statement.

"It maintains the same level of food value as SNAP participants currently receive, provides states flexibility in administering the program, and is responsible to the taxpayers.”

Stricter work requirements would be enacted for households with able-bodied adults to continue to receive food stamps under the "Welfare to Work" section of Trump's proposed budget.

"Millions of our fellow Americans have been robbed of the dignity and independence that comes through the opportunity to work. Despite significant economic improvements and a strong recovery in the job market, enrollment in welfare programs remains stubbornly high in many places around the Nation," President Trump stated to Congress.

"Millions of Americans are in a tragic state of dependency on a welfare system that does not reward work, and in many cases, pays people not to work.

Food stamp participation had already begun to significantly drop as a result of the improved economy following Trump's win in the U.S. Presidential Election.

Over 2 million people left the Food Stamp program from November 2016 to July 2017. However, food stamp participation sharply, but temporarily, increased when the U.S. was hit with Hurricanes Harvey, Irma, and Maria in August and September 2017.
Labels: Donald Trump Florida Food Stamps